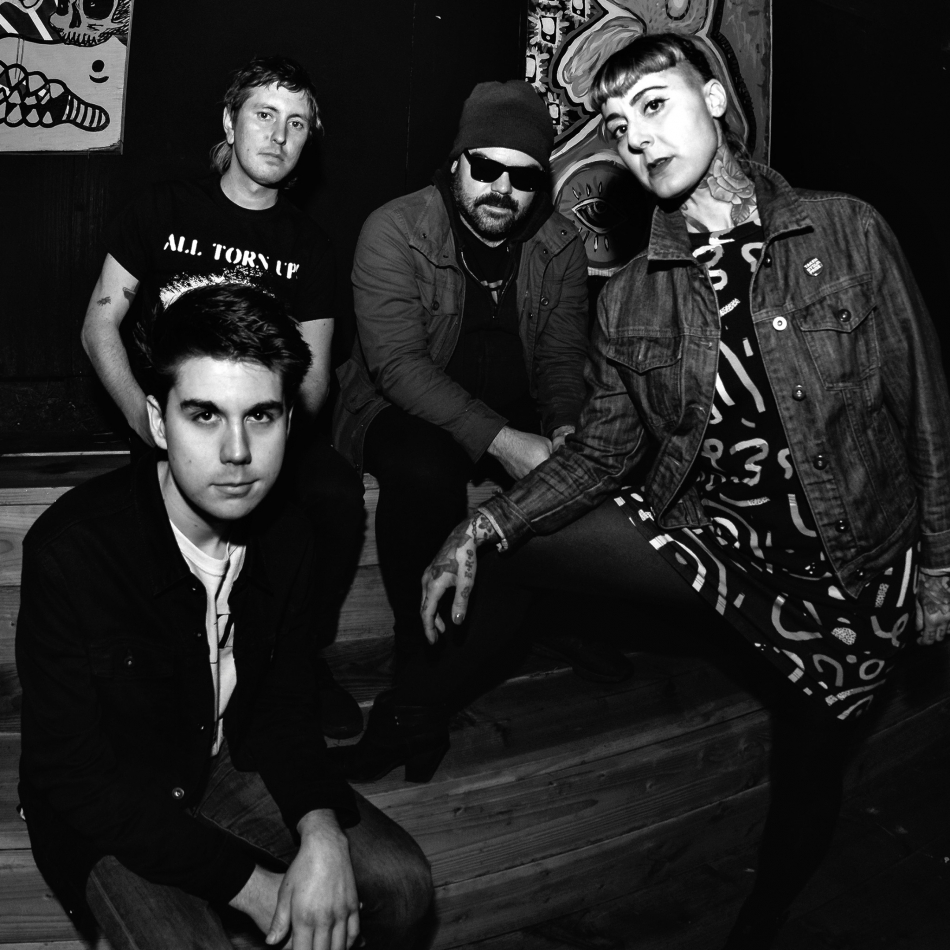 Fast, in-your-face punk songs may be the perfect medium to rail against systemic oppression of all kinds, and Neighborhood Brats achieve this goal as good as any band, as they follow in the footsteps of those who came before them with socio-political themes in their music like Dead Kennedys, Bikini Kill, Crass and others. This is fast, angry, well-articulated punk with a relevant message. Singer Jenny Angelillo describes her inspiration (if you can call it that, perhaps disgust is more accurate) that led her to write “Harvey Weinstein (is a symptom)” – “… I thought about all the times I had been in inappropriate or scary situations with men where my only "fault" was that I was a woman and in the company of a man who was a predator or an abuser. I thought about all the times IN THE PUNK SCENE (a scene that's supposedly so progressive or woke) where I have been treated poorly, had inappropriate advances made on me, touched against my will, talked down to, or had shitty comments said to me, and the overall flavor of misogyny and patriarchal values and stereotypes in what I've had to deal with for the past 20 years in a scene that's pretty much dominated by men.”

Musically, this is quick, raw punk rock that kicks you in the face with 2-3 minute, well executed songs, with socially relevant lyrics that force you to pay attention. Jenny’s strong vocal presence and delivery drives the songs along with George Rager’s raging guitars, complete with NY Dolls style leads and solid, on point rhythm parts. Nick Aguilar (drums) and Mike West (bass) fill out the lineup providing Jenny and Mark the canvas they need to deliver their songs and message competently and coherently.

The quick and indignant “Harvey Weinstein (is a symptom)” is pure punk rock fury and “I Want You” stands out as another highlight of the 4 songs so far released with a killer old school style descending power chord riff that makes you grind your teeth.

Neighborhood Brats mix fun sounding punk songs with meaningful lyrics and messages for a time desperate for more voices to speak out (or scream) about the injustices in the world. The record is available on limited edition red vinyl and drops in full on 5/28 via Taken By Surprise Records (Europe) & Dirt Cult Records (USA/CAN).