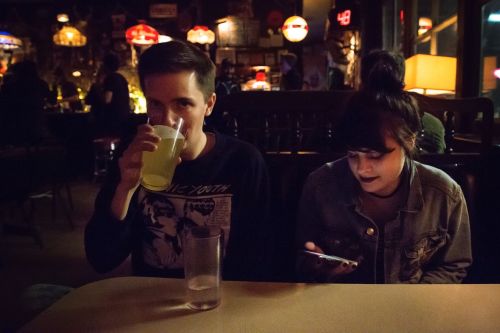 Today, Rebel Noise hosts the premiere of A Very Special Episode’s upcoming EP, Cut for Time, before its official release date.  The EP will arrive on August 31st via Knuckle Down Records. It was produced, recorded, mixed, and mastered by Brandon Bujnowski of If and Only If Productions and included Richard Chen on drums.

A Very Special Episode is named after TV series’ episodes that tackle a serious topic and are deemed ‘special’. They formed in 2016 and a year later released their debut EP Censored Dreams. The lyrics are inspired by the usual, and relatable, things in modern life: television and Internet flotsam and jetsam, relationships, and jobs.

The band’s up-tempo and vivid sound is created from a mix of genres; a combination of elements of post-punk, pop punk, shoegaze, and noise-rock, depending on the song. Roiling, fiery guitars, fast-roaming, low-end bass, and hard-hitting drum strikes whip up a restless atmosphere that’s intensified by Heisler’s powerhouse, emotive vocals. Her words may be clear and sweet-tart in tone, but she belts it out with punk spirit.

The band gives some details about the new EP, explaining, “The goal of the EP was to create definitive versions of several of our songs that started as bedroom demos along with a couple new ones. “Gravity” and “Still Here” mostly remained the same with a faster tempo and higher production quality. “Crazy” was radically transformed from a slow ballad to an as-fast-as-we-can punk track. “On Our Own Again”, if not obvious from the title, was a bottom-up reimagining of Censored Dreams’ “On Our Own” that ended up being completely its own thing. “Invitation to Delete” is then our most pure new song that was created as a cathartic response to toxic social and political discourse online.”

“Gravity” music video – self released by the band on August 24th: