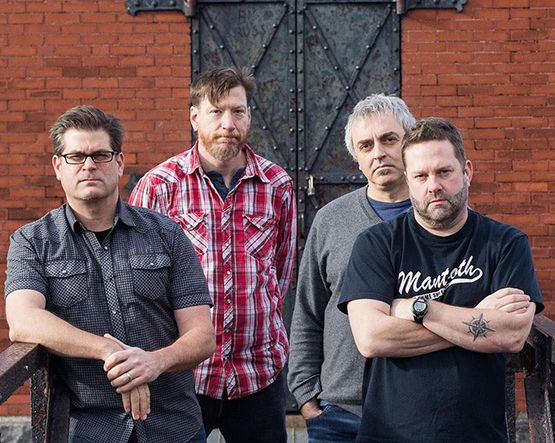 The alternative rock band touches down with its new record on May 19th via Limited Appeal Records.

Boston, MA-based alternative rock band Black Helicopter returns with Everything Is Forever EP, which Rebel Noise is premiering today ahead of its release on May 19th via Limited Appeal Records.

Black Helicopter has shared studio space with legendary Mission of Burma and when the rehearsal area was torn down, the band used the wood from it to make the cover of the vinyl edition of the (colored) EP.  The meaning behind this act, which is reflected in the title Everything Is Forever, is about renewal and survival.

This EP follows up 2016's Deadlines for Deadbeats by telling it like it is.  Everything you've seen, heard, read, posted, sent, browsed, written, created, destroyed, processed, sold, bought, or done is on record, filed, compiled, and stored for future reference. Everything is Forever. We're all on the gird, wired in, encased in our reality with no choice but to face it, head on.

“Black Helicopter are the real deal, a classic sense of rock heaviness and infectious melody in league with Satan, but they are their own thing, deep and distinctive.”  –Thurston Moore

Black Helicopter’s next show is the record release at the Blue Hills Brewery Brewfest on May 20th.

Concert Review: Coheed and Cambria (w/The Dear Hunter) at the Fillmore Philly on May 10th, 2017