Album Premiere: Stuck Together by Mutts 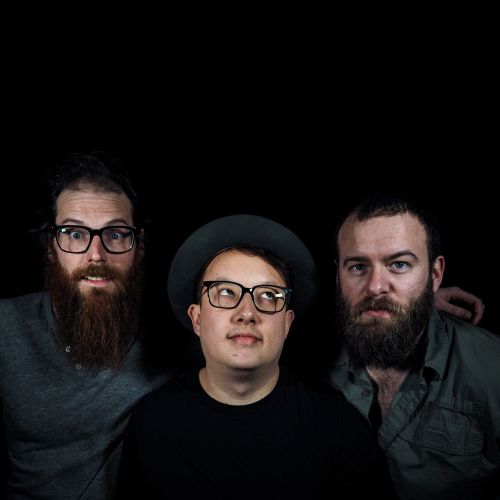 Chicago-based rock band Mutts release a new album that shows they’ve stuck it out through thick and thin.

Chicago-located indie/alt-rock band Mutts have been going at it for some time now, releasing over ten records and playing shows all over the U.S. with over a thousand gigs to their name.

Mutts’ never-say-die attitude is in full force this year, with the release of new album Stuck Together on October 25th. The LP is the result of five long years doggedly spent on the road, piecing together ideas and songwriting between performances – and finally recording it all in one go and then adding overdubs and vocals.

Together, Mike Maimone (keyboards, vocals), Bob Buckstaff (guitar, bass), and Ian Tsan (drums) remind us that their gritty determination to chase the American dream can pay off in spades on their vivid and dynamic album.

Rebel Noise is stoked to host the premiere of the compelling album in its entirety before its official release date.

Encompassing adversity and turmoil, hope and promise, and personal and social strife and healing, Stuck Together is an album for our restless, culture-clashing times. It’s this core of chaos and division, but ultimately connection and unity, that drives the songs on the LP.

“We're all stuck together on this burning rock, and it sucks a lot of the time,” says Mutts drummer Ian Tsan, “but we still have to work together to put out the fire.”

Pre-Order Stuck Together at Bandcamp: https://download.muttsmusic.com/