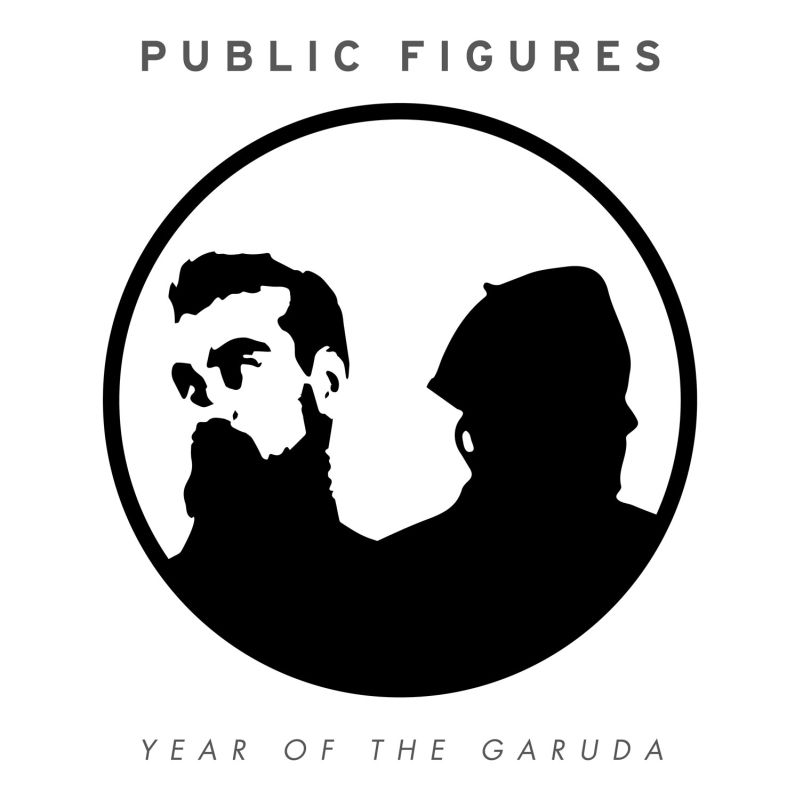 Public Figures - Year Of The Garuda

Based out of Washington, DC, Public Figures is a post-punk/indie rock duo composed of Chad McCall and Van Hillard.

Veteran musicians who have collaborated for two decades, McCall and Hillard were formerly in post-punk act People Chasing People, and recently of the now-defunct rock noir project Park Snakes.

They hit upon the idea of new outfit Public Figures just as the pandemic was unfolding.

While they had envisioned Public Figures to be a trio at first, they realized that they had all that they needed as a duo, including the innate ease and communication that comes with being longtime band members.

They had originally met up in the 1990s in Tallahassee, Florida, playing in various bands, but a move to DC saw them gain even more acclaim in the underground punk and rock scenes.

McCall and Hillard recorded Year of the Garuda in their basement studio that they facetiously (or, well, maybe not!) named ‘House of Decay.’

Songs were mostly tracked live, creating an immediate and unvarnished sound that will be replicated at full volume and intensity once live shows are in the cards.

Inspired by ‘90s DC acts like Fugazi and Jawbox, the pair bring a defiant energy to their music, unwinding like a tightly coiled spring that alternates between tension and release.

Instrumental album-opener “Flight Suit Riot” is a gritty, yet bouncy instrumental that doesn’t sit still for a second, with the guys employing everything in their instrumental arsenal, including a bit of cow bell near the end of the track.

The title track is also a jumpy, yet lumbering number, with a choppy rhythm and DEVO-like vocals that only appear more than halfway through the tune.

The restless vibe extends through instrumental “Acid Reign” that circles with a heavy bass line and acrobatic drum thump and cymbals clatter, as well as silly lead single “Shark Song,” that, well is all about sharks.

A martial drum beat and pushing bass line drive through “NOUN,” a kinda acronym (maybe?) for the Ramones-like lyrical refrain (and double negative!) of “Nobody owes you nothing.” Seems like some peeps called out by name who may owe these guys something…! LOL

The brief “Just Be” slows it down to an unhurried spiral of resonating Theremin and a smattering of drum hits and cymbals bash. Perceptive lyrics skewer people who try to put labels on others who just want to be who they are.

Pounding LP-ender “Hush Money” romps on by with a staccato, but always active rhythm and vocals appearing at the midway mark. Galloping cowbell strikes, a zippy bass line, and emphatic drums finish the record on a rousing note.