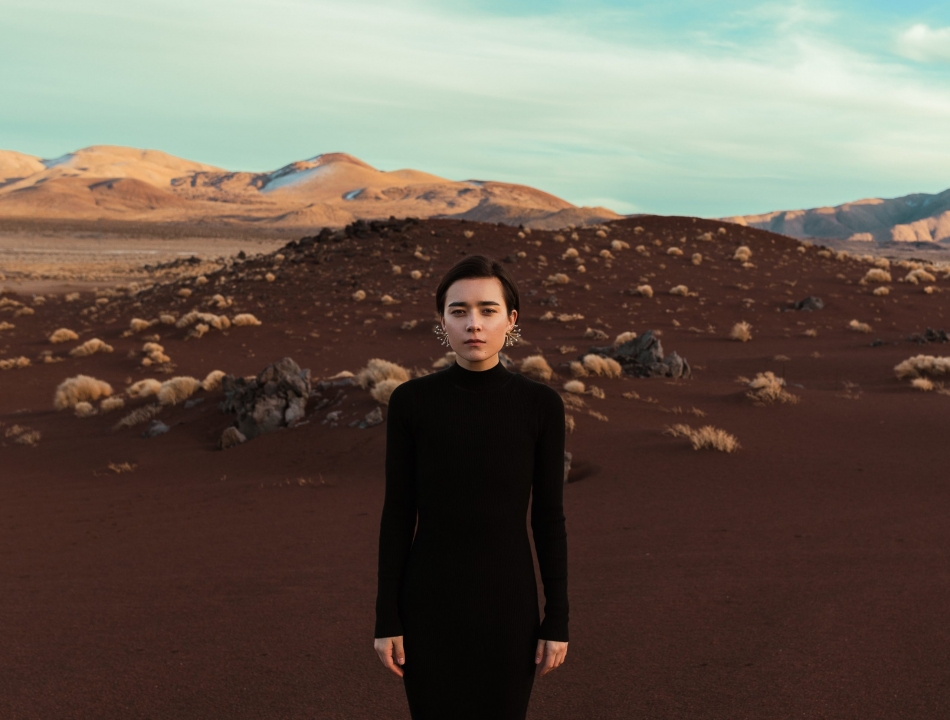 Initiated back in March 2020 after the impact of COVID-19, monthly Bandcamp Fridays have held steady in their unwavering intention to help the music community at large come together and support independent artists and labels. Here are just a few highlights of new releases that have come out this week for you to sample, or better yet, make a purchase with all revenues waived for 24 hours.

Miss Grit - Imposter
Imposter afflictions grate against the best of us, often causing us to lose sight of ourselves as we enter adulthood. Of Korean-American descent comes Margaret Sohn (who goes under the moniker Miss Grit), who spent her adolescent years in the suburbs of Michigan. Fighting identity dissonance after entering NYU to study Music Technology and craft her own pedals, Sohn released her first EP Talk Talk in 2019 with her follow up EP, Imposter, released today. Reckoning with the suffocation self-doubt can have, she experiments with electronic pulses and instrumentation on her record’s six tracks. Allowing catharsis and confidence to flow through her powerful vocals, Sohn deftly defies musical limitations and challenging constraints by constructing sounds that are energetic in their dissonance paired with entirely relatable lyrics in songs like “Dark Side of the Party”. Causing undeniable stirring in both the body and mind, Miss Grit is an evident force coming out of the music industry's ether this year. You can purchase Imposter on her Bandcamp page here.

Black Country, New Road - For the First Time
Garnering a steadfast audience after releasing their debut track, "Sunglasses", in 2019, Black Country, New Road seamlessly go against the grain of what makes a successful musical act in our current digital era. Refusing to disclose their personal agenda in interviews, the seven piece London-based group implement lyrical agitations and restless, sprawling chaos into their debut album, For the First Time. The records’ unpredictable nature contains a frazzled frenzy of dissonance complemented with lamentable and mournful comedowns. With “Science Fair”’s jarring introduction, singer Isaac Woods recounts references (and referencing references) with a tongue-in-cheek affect, fleeing the stage 'with the world’s second-best Slint tribute act' and spotting an undressing at the Cirque du Soleil. In stark contrast is “Track X”, peppered with Lewis Evans’ and Georgia Ellery’s dancing horns and staccato strings amidst Woods’ narrative and longing vocals. Jerky visions of the exterior of households and department shops in their official music video construct a vision of suburban dwellings and nostalgic living as Woods simply concludes with 'And I guess / In some way' as unfinished sentiments trail off into the distance. You can purchase their much anticipated record here.

Tyson Swindell - L’Aventure
Honing in on the creative process, Austin local Tyson Swindell crafts a meticulous written and aural collection for L'Aventure that boasts lines and lyrics of imaginative poetry written during his time in Paris and New York. Comprised of a 68 page bound poetry book, a cassette tape featuring six demos and his single for “Binary Stars” (which you can also stream on Spotify), Swindell takes great care into harnessing his emotive inspiration and crafting his work into a cohesive package. A man wearing a multitude of hats, including prior management of the renowned Mohawk music venue, L’Aventure is an innovative undertaking, showcasing the intentional and gradual behind-the-scenes steps that fuse and foster various artistic realms into one integral whole. You can purchase his complete box set here.