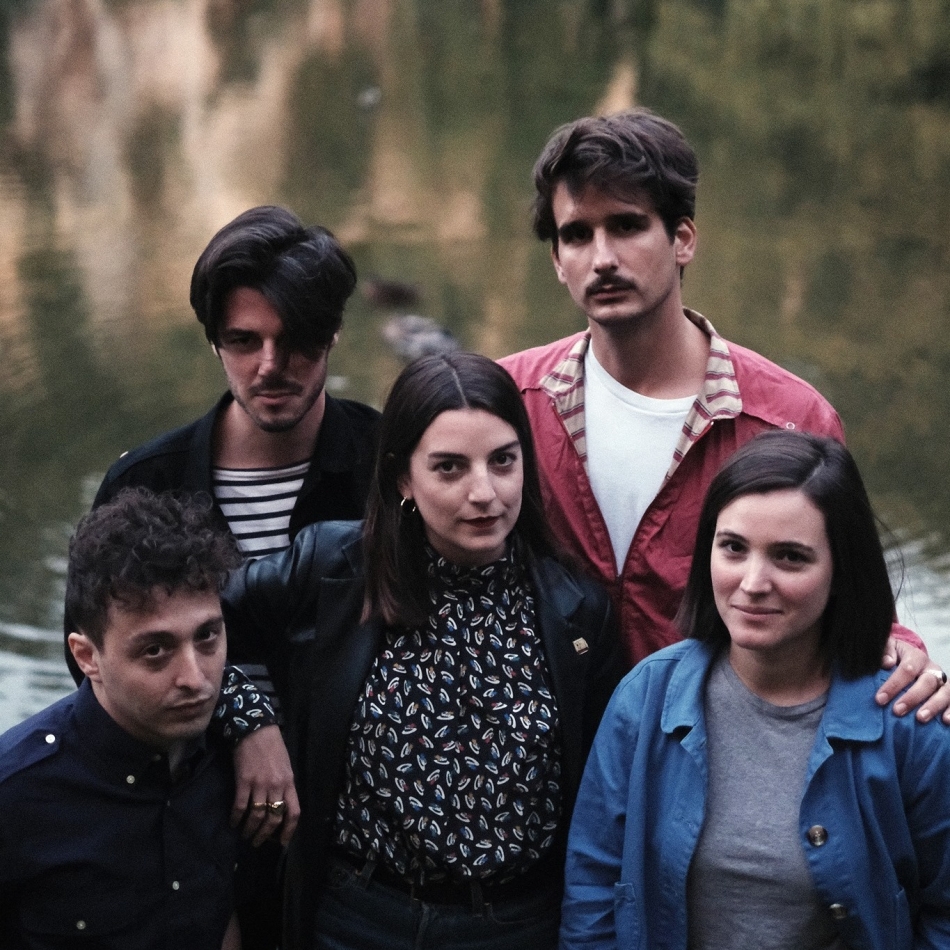 Fitting for the turn of the new year, Seattle based dream-pop act Flying Fish Cove has released their latest single, “Magic Wand”, capturing the charm that comes with the enchantment of friendship. Recorded and engineered by Seattle’s Jonny Modes and mastered by Will Murdoch, the song rings whimsical and poetic as frontwoman and songwriter Dena Zilber playfully places sparklers and pastels amidst the captivating landscape of the Pacific Northwest. There shines an immediate innocence captured through the lens of a home video as Zilber and guitarist Jake Jones render authenticity within the backdrop of scenic beaches and dimly lit vacant rooms, intermittently inserting images of frogs, fish and stray seashells. Closing with the lyrics I’ll hold them in my locket / like every note you’ve written me, Flying Fish Cove have an innate knack for encapsulating our hidden secrets and finding the inner child within all of us.

Back from their 2018 self-titled debut, Los Angeles trio Moaning are releasing Uneasy Laughter, their sophomore full length via Sub Pop Records later this spring. After a year of sobriety, vocalist and guitarist Sean Solomon didn't want to become another repeat of the tragic artist, and instead inspires to uplift and educate those around him, creating a cohesive community rather than mark a corrosive identity. “I don’t want to be the guy who influences young people to go get high and become cliched tragic artists,” Solomon says. “What I’d rather convey to people is that they’re not alone in what they think and how they feel.” Their music video for their opening track and single “Ego” proves just how much one’s sense of self-importance or self-loathing (I wanna be anybody but myself) can get in the way of understanding and love of others. With Solomon’s costume changes ranging from a mundane secretary, the devil and ultimately himself, “Ego” stresses the inevitable itch to escape from the confines of one’s self-esteem. The band forges in a different direction with a heavy emphasis on electronics; bassist and keyboardist Pascal Stevenson and drummer Andrew MacKelvie facilitate the merging of genres, honing back on guitars and fusing together a multitude of ideas from the musician's three minds. You can pre-order Uneasy Laughter before its March 20th release here.

Parisian outfit En Attendant Ana is gearing up for the release of their second full length album, Julliet. Julliet’s ten tracks are diligently crafted and structured, providing an air of hope amidst melancholic melodies. Taken on handheld video cameras, the band playfully wander through the streets of France in their latest single for "In / Out", a bubbling pulse taken with stride and to dazzling effect. The words “In and Out” repeat through the last frame in the track, emphasizing a cyclical and repetitive nature as En Attendant Ana close one door and open the next. They will be embarking on a short tour run of the UK in light of Juillet, which will be released next Friday off Trouble in Mind Records.