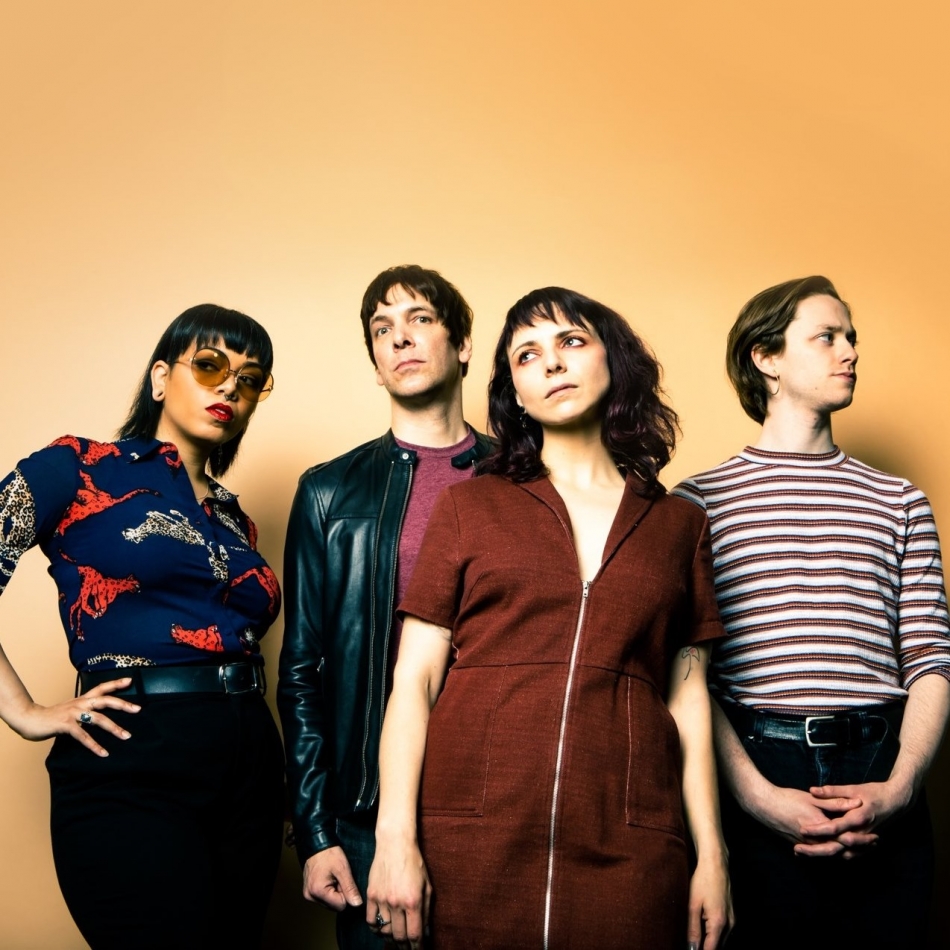 Girl Band - "Going Norway"
Excellent art pushes against notions of a churning machine of creative output and stand out to tell us that it is all well worth the wait. Taking a hiatus for several years from live performances and material, Dublin post-punk act Girl Band is back with their sophomore full length release for The Talkies, released on Rough Trade Records today. Their track for “Going Norway” is at once off-kilter and deliberate as the band find rattling chaos amongst perceived order. Set in a psychiatrist’s office, their music video is an unhinged meditation into the trappings of one’s subconscious, paired with pulsating tension, intentional space and swells of dissonance. Says vocalist Dara Kiely of the track, “lyrically I decided not to use any pronouns within “Going Norway” and the whole album - that came about when I came across this quote from the Buddha which was ‘Nothing is to be clung to as I, me or mine”. You can purchase The Talkies here and catch them on a short string of US and UK tour dates.

The KVB - "Submersion"
Partners in creation for nearly a decade, UK-based two piece The KVB are releasing a brand new EP, Submersion, out next Friday digitally via Invada Records. Nicholas Wood and Kat concoct a dazzling dream-like state with their self-titled track, a blissful come-hither sonic state of solitude with the one you love. The duo kick off their month long tour on October 11th in San Diego followed by a string of dates in the US including Desert Daze Fest and Levitation Fest in Austin, TX. Their vinyl EP comes as a tour exclusive so make sure not to miss them in your city.

Ganser - "Buio"
Fresh from playing their hometown’s Riot Fest in Chicago earlier this month, four piece post punk act Ganser have released their official music video for “Buio” (translated as “Dark” in Italian) off their upcoming EP, You Must Be New Here. Caitlin Ewald plays the silent observer, watching pensively as her guests partake and consume in confectionary treats. Splayed hands surround the scene at the dinner table as her eyes fixate on the cake in front of her. Daintiness aside, the compulsion to indulge and wreck the pristine scene in front her becomes a measure of immense pleasure. “I don’t even know/what I like anymore”, sings keyboard and vocalist Nadia Garofalo, which she describes as an intuitive song between author and audience. You Must Be New Here is due out November 8th, which you can pre-order here with an included bonus enamel pin.

Based out of New York City, garage rockers Desert Sharks have released three tracks and accompanying videos in light of their debut album, Baby’s Gold Death Stadium. Their lead single for “Sorceress” turns society’s frowning of women aging on its head and instead celebrates its inherent power of understanding what you want and going for it. With infectiously fuzzy guitar riffs and a healthy dose of humor instilled in their punk anthem, the quartet embrace both power and pleasure within the pummeling garage rock genre. Baby’s Gold Death Stadium comes out today via Substitute Scene Records plus you can catch them on a short tour run for those of you living in Philadelphia, Clifton and Brooklyn.