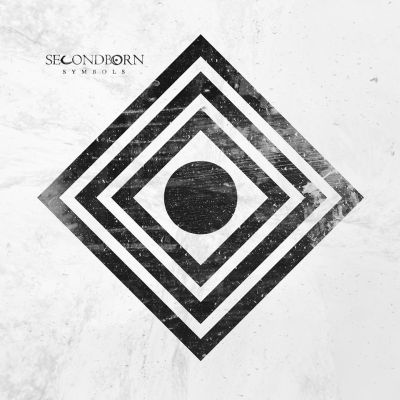 Short, but informative Reviews of Songs from Secondborn, CalatrilloZ, Slim Loris, and The Unravelling.

Lafayette and New Orleans-located, post-hardcore band Secondborn may have formed just over a year ago, but its members are veteran musicians who have all marked time in previous outfits.  Band members Daniel Pinner (vocals), Tim Benson (guitars, synths, vocals), Patrick Trumps (guitars), Stefan Hawkins (guitars, vocals), Alex Daigle (bass), and Lee Gauthreaux (drums, percussion) have decided to break from the narrow confines of the record industry and are funding their music all on the own.  Their enthusiastic DIY approach has gained them an impressive following of 19.5K fans on Facebook (in only a year!).  June 2nd will see the release of their new six-track EP titled Symbols.  It was produced by Tim Benson and Joseph Milligan and the songs mix heavy rock guitars and drums with melodic synths and vocals.

Like the saying about the month of March coming in like a lion, Secondborn’s absorbing “When Lions Dream” sweeps in strongly and surely, unleashing a glowing energy of brightly radiating guitar lines, scintillating cymbal hits, and a crisp, dynamic drum beat.  Taking a page from the Emo playbook, Daniel potently emotes from the get-go (but without the annoying Emo whine that plagues the genre), trading vocal lines back ‘n’ forth with Tim and/or Stefan on backing vocals on both the verses and the chorus sections.  His exclaimed vocals glide into a dreamier register on parts of the chorus, recalling the sweetness found on some of Thursday’s songs.  Sonically, the intensity is set to high through most the song and it feels like riding a vibrant and breathtaking wave of light skywards.  There’s a brief instrumental lull two-thirds of the way through, where synths come into the fore for a moment before the drum beat returns and the distorted guitar riffs and Daniel’s emotive vocals aim for the skies again.  Unlike the saying about the month of March going out like a lamb, Secondborn keeps the dramatic and infectious fervor on high ‘til the very end of the song.

CalatrilloZ, the five-piece outfit out of London, blends progressive rock, symphonic metal, and a flair for performance theatrics (both sonic and visual).  The band formed in 2009 and will be releasing its debut album, Psalms of Zahyin, on June, 22nd.  It was produced by band member Zahyin, mixed by Daniel Baune, and mastered at Fascination Street in Sweden.

CalatrilloZ is not just a band, but an immersive experience, with its members decked out in an anachronistic mix of historically-diverse garb (with a preference for the color back) and, in the tradition of Kiss, disguised in face paint that makes them look like demented goth mimes.  Their cover story is that they are a circus troupe roaming the globe and performing before rapt audiences, but in ‘reality’ they are a band of lost souls in search of redemption from a dark and mysterious past, continually moving into an unknown, and possibly chaotic - and demonic, future… Details on the band’s backstory can be uncovered at its official site.  The line-up consists of Zahyin (vocalist, composer, arranger), Mobius (bass), Azriel (guitars), Vargovar (guitar), and Jimmy Sticks (drums).

But to move on to CalatrilloZ’s music, involving lead single “I Am Alive” packs quite a punch in its five minutes of operatic rock.  The band marries the dramatic flair of Queen with the exotic bombast of System Of A Down on this number that, in Zahyin’s words, is about “the struggle to reach one’s dream”.  The intrepid travelers go on a journey that commences with a chugging-train grind of thick bass and guitar, emphatic drum hits, cymbal crash, and acrobatic electric guitar lines.  Zahyin delivers his vocals in a vivid, but clear, mid-range tone, pushing his voice out and upwards, occasionally supported by choral vocals as he proclaims “I’m alive… / and I will survive”.  On the chorus, he modulates zestfully through the ascending instrumental intensity.  Midway through the song there is a sudden break of silence, and then almost as quickly, a whirling dervish tempo kicks in.  This segues back to the original steady, but heavy, pace of low-end, jagged bass and guitar and electric guitar riffs to finish off the song.

The indie-pop/rock foursome from Stockholm, Sweden is set to release its third album, Love and Fear, on May 19th and lead single “Down” just recently came out.  The four band members (Mattias Cederstam (vocals, bass), Robert Barrefelt (guitars), Leon Lindström (backing vocals, guitars), and Jonas Ellenberg (drums)), gathered together in 2009 to launch Slim Loris, releasing debut Down To Earth in 2011.  In 2013 they dropped sophomore album Future Echoes and Past Replays and in 2014 they toured the U.K. extensively.  Slim Loris has received much acclaim for its two previous albums, where music critics and the band members themselves have pointed out that they weave their natural Swedish brand of melancholy into a more upbeat pop/alt-folk instrumental format.

Mattias, Robert, Leon, and Jonas have done it again on the low-key, but up-tempo “Down”, melding 1960s and modern pop song structures with minor key, alt-folk vocal progressions.  The upbeat pace of loping, thumped drums, perky synth note plunks, and simmering bass and guitar lines are contrasted with contemplative piano notes and the clean ‘n’ clear, but mid-range, minor mode vocal harmonies of Mattias and Leon.  The electric guitar sizzles more on the chorus as Mattias intones “She’s the leader of our destruction.”  Two-thirds of the way through, the song switches from its ‘verse, chorus, verse’ composition to a more spare, Interpol-like romping pace (but not Interpol’s accompanying brooding mood) with harmonizing “Ahhhs” and thrummed bass line, before changing back to its initial sonic template.

The Calgary, Canada-based heavy rock/industrial/experimental duo of Gustavo De Beauville (composer, instrumentalist) and Steve Moore (singer, songwriter) released a debut album, 13 Arcane Hymns, in 2010.  The lyrically thought-provoking concept album earned critical accolades for its melding of elements from the metal and industrial genres and its mix of aggression and contemplation.  Gustavo and Steve went on hiatus for a while due to Steve’s battle with and recovery from cancer, and Gustavo released a solo instrumental album in February 2014.  Gustavo and Steve reunited later in 2014 and went straight back to work on their forthcoming “cinematic” and “industrial” album to be released later this year.

The harshly ominious “Revolt” falls into the industrial category with its hard-smacked drum hits, fleeting reverberating crashes, and low-end distorted guitar grind.  The foreboding, measured pace stalks heavily through buzzing synth notes and a higher pitched cycling guitar riff.  Steve sing-exclaims in a darkly menacing tone, twisting out stark phrases like “Ancient despair now modern” and “Youth feeds on itself”.  Steve has said that the song’s message is a call to revolt against what is false and the need to change the inner self for the better.  He forces out his words under duress, direly intoning the bleak lyrics “Let all your truth’s die / in the darkness beyond the light.”  The ‘verse, chorus, verse’ song ends with an extended verse where Gustavo and Steve raise the intensity to warning siren levels, as Steve shouts out his tense vocals, battling against an increasing drum tempo, clanking metal beat, zig-zagging synth notes, and sharply distorted guitar riffs.