Getting Existential With Le Zets: A Band Spotlight 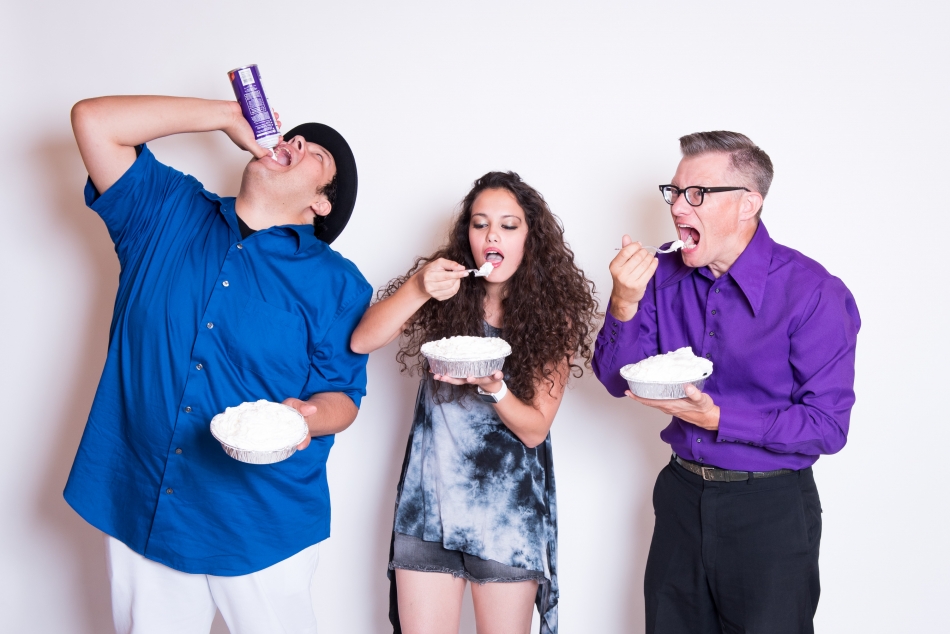 Ladies and gentlemen meet the fabulous Le Zets from Phoenix, Arizona. We have Richard Romero and Margo Swann on their nascent voyage into band-om along with Bob Hoag who has played with Phoenix area bands like The Go Reflex and Pollen among others. Believe it or not the band came together at the introduction from Margo's mom who is also a musician and ran into Richard in Los Angeles while playing her own gig in town. According to Margo, "the magic really started literally in the first 30 minutes of meeting Richard because we sat down to jam out and ended up with 5 new songs in a weekend and it was just unreal because I had never met this guy before. I totally inspired him and he totally inspired me and it was just awesome." The trio was rounded out when Bob came into the fray as producer of the first album and proved to be an irreplaceable accomplice in the story of Le Zets.

When asked how they might describe their music to an unknowing family member they said, "Grandma might like one song because it's soft and beautiful and a child might dig it because it's new and they're learning. But keep them both out of the pit because we can lay you on your ass too."

We always like to give props to the local records stores out there. What local record store might we find you guys patronizing? Richard: I always have to have my music to go with me everywhere but you got to give love to the mom and pop shops. From the areas I live in and grew up in, you can definitely find me going for broke at Rhino Records in Claremont, CA or Going Underground in Bakersfield, CA. Rhino is cool but GU has all the fantastic underground punk stuff, hip hop stuff and has more Beatles 7" records all the time than anywhere else.

If you could steal credit for any great piece of art, song, film, book etc which one would you claim? Richard: The entire Doors catalogue. My favorite band is Led Zeppelin but Robert Plant just sang the blues like jazz would just be scat back in the day. Jim Morrison had this way with words that really made you think and put you in this zone of comfort and horror. it's beautiful.

Describe your perfect day. Margo: My perfect day would honestly be staying at home doing nothing, binge watching TV with someone I love and eating a huge whole chocolate cake

What would your autobiography be called and why? Richard: It would probably be called 'Existential' because that's a word that crosses my mind a lot. When you sit and have wild ideas or something happens in life you question it like did it really happen? This is real right?

What was your best subject in school? Richard: Probobly jazz band. It's where I got to be expressive with my own instrument and there were no right or wrong answers. It's probobly also where my skills expanded the most learning all the jazz chords and scales. Plus I was the asshole hitting the overdrive pedal when it probably worked better than it should have.

A Body In The Gears