Guitar Hero Rocks but now there is ROCK BAND

MTV and the developers of that video game have a headliner in the works called Rock Band, which lets four music lovers gig together in person or online.

Expected in stores for the year-end holidays, the Electronic Arts game (no price set) for the Microsoft Xbox 360 and Sony PlayStation 3 will be played with four instrument-based video game controllers: two guitars (lead and bass), a drum kit and a microphone.

In the popular game Guitar Hero, players tap color-coded fret keys and strum a guitar-shaped controller in time with scrolling on-screen notes. Rock Band "takes the core premise of Guitar Hero and expands it tenfold," says Alex Rigopulos, co-founder of Harmonix, which developed the game and the Karaoke Revolution games. "It lets you create a complete collaborative band."

That means Rock Band will have performances by the original artists. In most previous music games, almost every song is done by a cover band. For Rock Band, some labels plan to supply original recordings. "This game offers a meaningful way for labels to participate in a segment of entertainment they, for the most part, have not been able to," MTV's Jeff Yapp says. 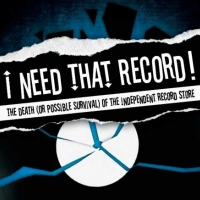