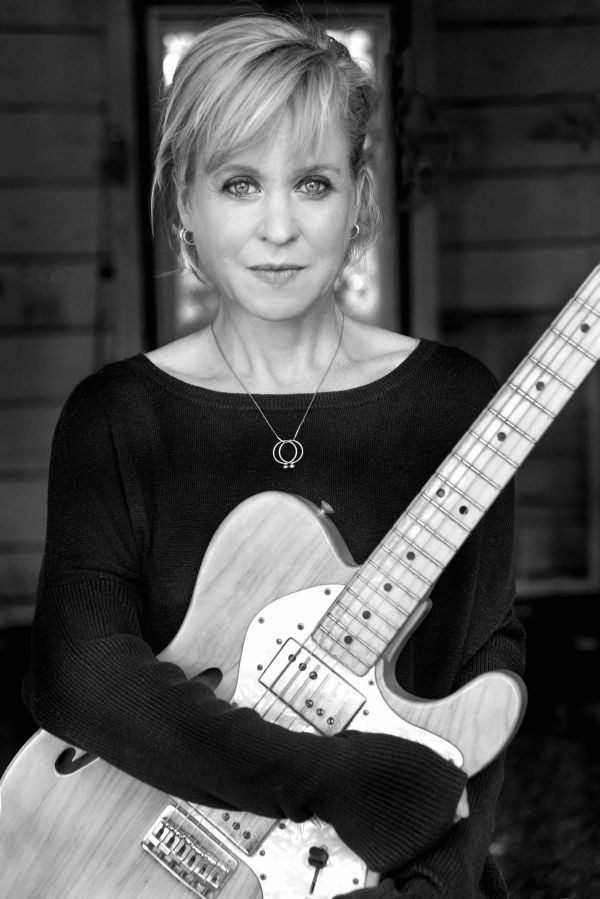 Howdy, Kristin!  So 2017 seems to be shaping up into another exciting year for you, musically, after a busy and accomplished 2016.  Where are you at the moment and how are you doing?

I'm good! I just left LA, where Throwing Muses is recording with Mudrock, 50FootWave's producer. Now I'm in New Orleans, trapped in my Irish Channel apartment by a St. Patrick's Day parade. It's not - repeat: NOT - St. Patrick's Day.

Your double album/book combo, Wyatt at the Coyote Palace, was released in November of last year.  I read that you played all the instruments on this record, and even built some of them yourself!  What instruments did you make and why did you feel the need to do this?

Apparently, when I'm in the studio, I have this focused, wild-eyed look that makes me turn the place upside down until I find the sound I'm looking for. Sometimes that means leaving an amp on all night, sometimes it's just moving faders, but lately it's meant taking instruments and pedals apart and creating Frankenstein versions of noisemakers that no one but me wants to listen to.

Is it a traumatic or cathartic experience for you to put pen to paper and write the true stories that inform your songs?  Is the process of writing a form of confession, or absolution, for you, or a way of understanding yourself and your past?

I don't want it to sound self-absorbed. That would imply that this output is self-expression, and I think self-expression sort of... misses the point. What we're after in publishing ANYTHING is our idiosyncratic take on the universal. Music is a slam dunk on that regard, unless it’s whiny, but writing has to be cleared of gunk before it hits clean. What I write in the presence of a song is supposed to be a complement to the point the song's making.

You recorded the album in a studio in Rhode Island with the aid of engineer Steve Rizzo.  What did he bring to the shaping of your material?

Steve puts up with my breaking shit and gluing it back together. He'll try to follow my math, never rolls his eyes, and keeps a smile on his face. If I want to cover a guitar with duct tape and foam, he holds the roll of tape with that same smile on his face. I can't tell you're how valuable that is in an engineer and in a human being.

Do you feel that you accurately reflect your initial intent on your finished songs, or when you create them, do your compositions change in direction, mood, and/or sound as you are recording them?

I always know exactly what I want to walk out of the studio with, as soon as I step inside the door on the first day of a session. I know what amps and pedals I want to use, which basses, where I want the microphones placed around the drum kit, and which reverbs aren't allowed anywhere near the material. I know the backing vocals and overdubs and how the mix will be stylized in order to reflect the songs' guts, etc. I will pontificate endlessly about my production approach. And I am always - ALWAYS - completely wrong about everything.

In January you performed at the 30A Songwriters Festival in Florida.  What were the shows like?  Were you able to spend some time relaxing and exploring the surrounding area?

I am ill-suited to events where people want to hear what they've heard a thousand times before. I'm in a different world of songwriting and music-making. So I keep my head down and smile and try to stay focused on what I believe music can do: make ugly beautiful and never be pretty. Nature helps keep me focused on the real, so yeah, I spent most of my days in Florida out in nature preserves with my little boy. Incredible reptiles, crazy bird species, gorgeous land. Music can be incredible, crazy and gorgeous, too, but only if you know its potential to shake you down to your spine.

Then there’s the new, super-cool news that Throwing Muses will be inducted into the Rhode Island Music Hall of Fame in April!  From what I understand, you reside in Rhode Island.  Will you be attending, and maybe performing at, the event?

I think Fred and Dave and I are gonna play...? I'm playing NY the night before, so I'll be in the area. I usually just do whatever Dave tells me to do.

How do you balance family life (i.e., raising your kids, running the errands, doing the chores) with the artist life?  Does one get in the way of the other for you?

I love housework. It's such a gift to be able to care for loved ones in that humble, hard and human way. Even on the tour bus, my life is chores. Everyone's is. You become light and invisible when you're allowed to live this way. It makes us high on the moment and we laugh a lot. And all music ever asks of you is that you remain high on the moment and laughing.

You have several burners heating up at once this year, including the vinyl release of Wyatt at the Coyote Palace via Happy Happy Birthday To Me.  What is your connection to that record label?

Mike has always done our vinyl. The subculture of the music business is distinct from the recording industry in the kind of passion you see reflected in GOOD record stores, GOOD videography, GOOD radio, GOOD management, etc. Vinyl is our dollar vote; how we tell each other that real music matters and we're willing to support it.

You will also be releasing a video for “Bright” in the near future.  Can you give some scoop about the nature of the video and if it directly ties into the themes of the song, or maybe goes on its own visual tangent?

The “Bright” video was made by LA film editor, Béatricé Sisul, an amazingly focused artist. It's very beautiful, textural and gutsy, which is really the only place to go with a song like that.

Is the anything else I’m missing, music-wise, for 2017?  Maybe something from 50FOOTWAVE or…?

Muses record, a solo acoustic dealie being recorded this summer, a lyric book out soon, uh... Rat Girl TV series in development... I don't think you missed anything. If I keep talking, I'll start making shit up.

For various reasons, 2016, and now this year, have been unsettling for the psyche – with political turmoil, cultural divides, social protest, and the specter of fear and hatred looming large.  How are you resisting all the negativity and uncertainty?  Have you been directly affected by the dire outcome of the US presidential election?  I hope not!

Most of the people who are destroyed by this election have never had anything really bad happen to them. This president is stupid and dangerous, but stupid and dangerous have happened before. The big picture stays in place, unchanging, and we're in control of our small pictures. Fighting the fight is only possible when you don't succumb to weakness and self-conscious photo-opping. No egos, in other words. Ego is what we're fighting. 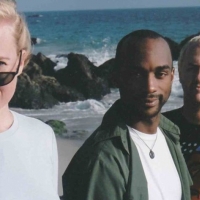