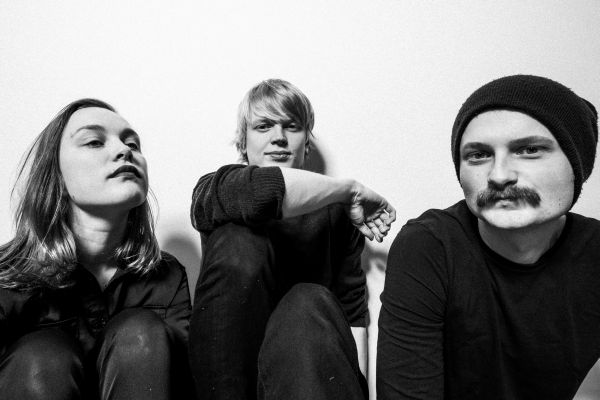 Norwegian alternative rock band Sauropod are making big tracks this year with a string of well-received singles, a new EP on the way, and lots of tour dates scheduled in Europe. Their dynamic and enthusiastic rock sound roils mightily with mix of the garage, punk, and grunge genres. Find out more about Sauropod’s exciting days of the future and past below.

Heya everyone! It’s so cool to touch base with you as your music career is taking off on the strength of three recently released singles. Your self-titled EP also arrived on August 24th via Propeller Recordings. You’ve got a lot lined up over the next several months, so let’s start with an introduction. Who’s in the band and what instruments do you play?

What can listeners expect from Sauropod, sonically and lyrically?

The EP is a short, concentrated, and mixed burst of songs. We're addressing new territory with this release, so we definitely want to leave the impression that there's “more where that came from”. 'Cause there is!

You’ve actually been a band since at least 2016 and released your debut album, Roaring At The Storm, that year. Did that LP ever make it to the shores of the UK and USA?

Yes, the LP was in fact available for a short period in some record stores in the UK, but at the time we focused our touring schedule in mainland Europe - so we eventually had to ship them back to have enough merch to sell after shows!

How has your sound evolved since you dropped your first album? Are you trying out new instruments or techniques in the studio, or tackling different topics with your lyrics?

Our playing has become a lot more dynamic and we're writing more varied songs than we used to. The way we work is very much guided by our urge to sound huge within our trio format. We find out how to do it live and then try to capture how that feels in the studio, accompanying that sound with lyrics that we can't find anywhere else. That kinda sums up our efforts, I guess.

Propeller Recordings is your new label home since last year. Has this switch from being self-released to having record label backing influenced your music at all?

We now have a full vocal Auto-Tune setup on every show (We even use it for meet & greets, etc) to get that industrial-standard pitch all the way. We've also stopped swearing and now wear purity rings to appeal to the more conservative backbone of the population. Kidding! *nervous laugh*

Your profile was raised by your Norwegian tour this past February and March supporting buzz band Sløtface. What was it like to tour with that act and how did you get chosen to perform with them?

We played with them in London last fall and it was fun! So we were asked to join their string of Norwegian shows, and since we're on the same label it was super easy to set up. And the tour went really well. We've never really toured clubs inside Norway a lot; it's mostly been festivals and visiting the biggest towns. The crowds seemed to enjoy themselves through both acts, so we're happy with it, for sure!

Sorry for this possibly silly question, and one that you probably get a lot, but why did you decide to name your band Sauropod? I have noticed that other dinosaur names have been taken by other bands, but why this long-neck-and-tail, plant-eating one?

With silly names come silly questions! Dunno, it just sounds like a band? Loads of good bands have animal names, underlining the primal nature of their music, etc… blah blah... HARDLY our fault that all the non-scientific, everyday names were already taken now, is it? Not really sure why the term is known to us though; probably from dinosaur-TV at an early age. We've tried lying to the press about it being a metaphor for our vegetarianism before, but the truth is we were all-raptor at the time of the band’s inception, so...

What/who are your musical influences? I’m assuming there’s some Nirvana in there, at least based on your latest single, “Ripping”…

None of us really listen to the same stuff. The cool thing with that is that we don't make up excuses to each other, like “sure it sounds like shit, but it's paraphrasing band such-and-such on song something-or-another...”. The other two will just kinda stare emptily back. The “isn't-it-weird-that-I'll-never-be-able-to-look-at-my-own-eyeballs-”kind of stare...

But! Since we came up playing rock music, there's obviously a lot of common ground in archetypal American and British rock. Nirvana, Pixies, Beatles, Jimi Hendrix, Kinks, Arctic Monkeys, Doors, Queens of the Stone Age, Black Sabbath... Since we grew up with little local scene and much internet, the music we've been exposed to has been kinda random; so there's a lot of old stuff that we picked up from the infinite pool of music.

Can you go into your involvement with the Oslo-based feminist arts collective PAC and how that’s connected to your music?

They are a collective making performances (usually carefully constructed mash-ups of dance, spoken word, music, scenography, video...) in which Jonas has been a member for several years, making music. We collaborated with them on a concert production that's been on the road going to hundreds of high schools in Norway, in-between our “normal” touring.

PAC interpreted our songs and basically enabled those shows to be a more layered experience (We did some audio over the PA in between songs, did video stuff, etc). Sound could be a challenge with certain... err... grown ups’ preference for volume and large, booming gym acoustics, so it was pretty great to rely on visual/conceptual elements too!

Will you be putting out any videos for your new songs?

We might! Honestly we've been struggling to find the right collaborator for that. So if you're out there, somewhere, you've got some serious explaining to do! You don't answer our calls, you haven't left a note AND you always hang around with those awful LAY-ABOUTS. We've been worried sick! What you think this is some kind of hotel?! Go to your room!

Maybe it’s too soon to ask, but are you planning to follow up your self-titled EP with a new album?

Suffice to say, we're on a releasing spree!