Interview with The Black Clouds 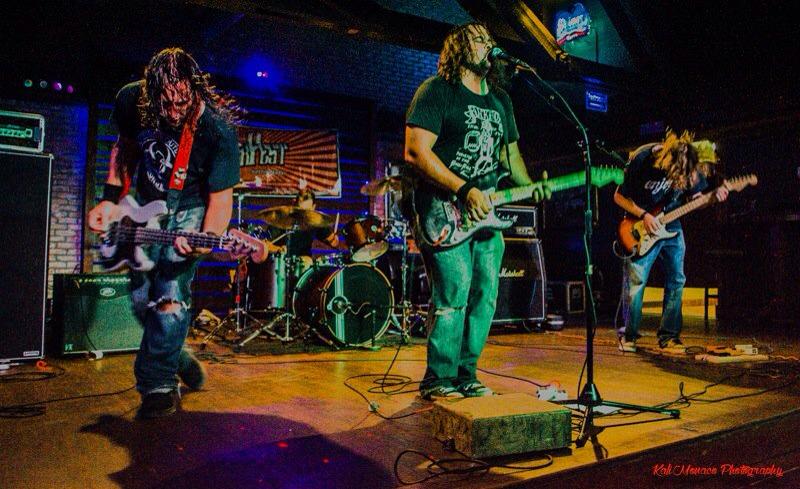 Heya Dan!  Man, I love your band name – No glass-half-full sunshine vibes here!  The silver lining is that you have a third album coming up titled After All and you recorded it at The Foo Fighters’ Studio 606 with super-producer Jack Endino (Nirvana, Mudhoney, Soundgarden)!  Does the album have a release date yet?

Thanks!  We like the name too.  We don’t have a release date for the record yet.  We’re hoping to soon though.  We’re working on finding someone to release it right now.

Before we go into new album details, can you please introduce who is in the band and what instruments everyone plays?

Your sound and vocals are always pushed to the edge, with passion, with aggression, with agitation… Do you have any bittersweet piano ballads in the mix or is it always turned up to 11?

No piano on this one but there are a couple tunes on the new record that are a bit more mellow and melodic.  One day we’ll achieve the smoothness of Michael Bolton.  One day…

You’ve actually been on tour all of March and giving away a 3-track promo CD of your upcoming album.  I’ve heard “Photograph” off of it and it delves deeply, and awesomely, into the Bleach-era Nirvana sound, at least to my ears.  Is the sonic kinship with Nirvana a lucky accident or are you purposefully creating tunes that recall that band?

Thanks Jen!  It’s actually a 4-song EP that we’ve been selling exclusively at shows.  We weren’t purposely trying to recall any band specifically but Bleach is a great record.  Personally, I hear a little bit of Motörhead influence whenever I hear “Photograph”.  That’s the beauty of music.  Everyone hears it slightly differently.

Speaking of Nirvana, what are your most fave songs by that band?  Mine are “Lounge Act”, “Aneurysm” off of From the Muddy Banks of the Wishkah, “School”, “Territorial Pissings”, “Tourette’s”, and of course “Smells Like Teen Spirit”.

They were a great band.  It’s kind of hard to pick favorites.  My favorite from Bleach is probably “Mr. Mustache”.  From Nevermind, “Territorial Pissings” and “On a Plain”.  From In Utero, “Heart Shaped Box” and “Very Ape”. There’s really no wrong answer to that question.

What can we expect from album #3?  Is it in the same vein as your 2 prior albums or have you changed or added to the style or structure of your songs?

I feel like every album can’t help but change a bit.  The song structures are similar but the vibe is definitely different.  It’s a bit faster than the first two.  The guys had a heavier hand in the songwriting process for this one which was awesome and made for a better record (Our best to date in my opinion).  We can’t wait to release it.

You’re native to Central New Jersey, but have a national reputation where you’ve played Bamboozle, SXSW, and CMJ and had your first album, Wishing Well, mixed ‘n’ mastered by Jack Endino.  How did your connection with Jack happen?

I reached out to Jack about mixing our first full length record Wishing Well back in 2006 or 2007.  I didn’t think for a second that he’d actually write back!  A huge percentage of my record collection was recorded by him.  I sent him a few rough mixes that I had done.  He wrote back and said that he really liked “Hang Me Upsidedown” and it reminded him of The Meat Puppets.  Long story short, he accepted the task and I flew out to Seattle a couple months later to mix with him.  We’ve been friends and worked on a bunch of stuff ever since including my other band, The Sex Zombies first record.  The new Black Clouds record is the first time he’s ever actually recorded us though.  He totally nailed it.

You have a DIY attitude and fund all your music-related endeavors yourselves.  You even self-produced and recorded your previous 2 albums.  Has this mode of operation been viable for you over the years or is it tough going to do everything yourselves?

I feel like it’s worked out pretty well so far.  Things could definitely be worse!  It’s a lot of work and a huge learning experience but every step seems to get a little better and a little easier.

What are your ties to Mudhoney?  I noticed that on the promo CD, Mark Arm provides vocals on “Vice” and you’ll be sharing the bill with Mudhoney mid-July at The Bell House in Brooklyn.

My good friend Eric introduced me to Mark at the Sub Pop 25th Anniversary Festival a while back.  When I wrote and demo’d “Vice”, the vocals really sounded like something Mark would sing.  My buddy brought it up to him and luckily Mark dug the tune!  It’s totally a trip for me because Mudhoney was one of the first rock bands that I ever saw live.  It really meant a lot to me.  He totally nailed it too.  It’s an intense tune.

The Bell House show in Brooklyn was totally out of the blue.  When I got the email from Mark asking us to play, I was actually online about to buy tickets to go see the show.  Needless to say, we’re really excited.  It’s gonna be a blast.

After your recent month-long whirlwind tour I’m sure it must be a relief to be back in NJ!  I’ve lived in Central Jersey for a while and was wondering what areas you’re all from and what was the 1st thing you did when you got back from touring?

We’re from Monmouth County, which is central beach area for people who don’t know.  First thing we did was sleep!  After we woke up, we all went into family mode.  It’s hard being away from the ones you love.  It always feels good to get back safe and get back into family time.

What is your live show experience like?  I’m thinking it must be a blast ‘n’ a half!

We’re definitely energetic.  Photographers tell us we’re hard to photo.  We just have a lot of fun.  We genuinely enjoy what we’re doing and I think it comes across.  After a long day at work, it feels really good to be loud, jump around, and run into stuff.

As a music fan, what’s rockin’ your world these days?  Besides you, I’m into an indie-rock/post-punk band from, hey, Central Jersey, called New Politicians that sounds like a more laid-back Interpol.

There are so many!  Locally, I’ve been digging Ether Sunday, NCM, Bodyface, Noiseheads, Humongous, and The Sex Zombies (Shameless self promotion).  Nationally, I’ve been really digging Endino’s Earthworm, OFF, Pissed Jeans, Mudhoney, Metz, Local H, Beck, The Sonics new record…  I could go on for hours.

Our official website is http://www.TheBlackClouds.com .  It’s updated daily and there are links to all of our social media pages there.

Album out from Teenage Time Killers supergroup in July