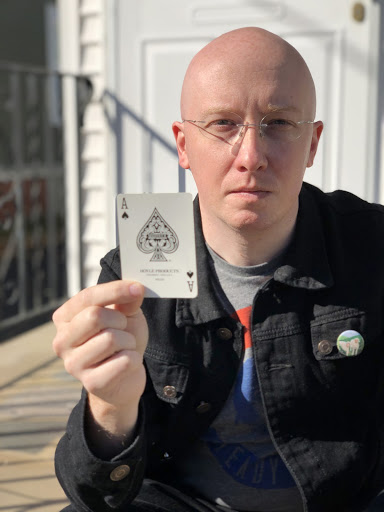 “When Tomorrow Comes” is a fresh blast of indie rock/powerpop from Boston’s Matt Jatkola, joined in JATK by Matthew Glover on drums and Kiel Szivos on bass, that hits you with ferocity, yet also brings vocals filled with melodies that are super catchy and lyrically relevant. The first single from an upcoming full length due out later this year, this is Matt’s first new music after a yearlong battle with cancer. He was diagnosed right at the onset of the covid pandemic and is now thankfully in remission.

Described as “an optimistic spin on a difficult life experience”, Matt sings about the sky falling, ultrasounds, and the heaviness he carries with him as he looks forward to a tomorrow, any tomorrow, with whatever it may bring. You certainly get the feel that the song is Matt’s way of saying he’s ready for anything after what he’s been through, and he wants the listener to know it.

You’re immediately pulled in by the hook of the main guitar riff, then after a small break, Matt’s vocals come in in as menacing a way as possible for a song so catchy. He creeps to the bridge/chorus as he tells his story, and right when you may think the song has run out of surprises, Matt unleashes an intense guitar solo I can only describe as Bob Stinson-esque: raucous with an unpredictability reminiscent of those killer early ‘Mats records (and I don’t say this lightly). With so much uncertainty in the world around us, Matt brings us what many of us need most: a killer rock song for us to sing along with, as endearing and contemplative as it is simply rocking.