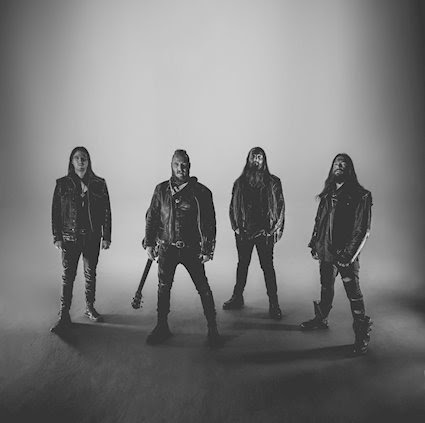 Johnny Nocash and The Celtic Outlaws are a one of a kind band that fuses country and rock, sodden with whisky and beer to create an organic, original sound that will appeal to a broad range of listeners.

According to Nocash, their new single “Burned Alive” is a heavy hard rock song with some dusty western elements scattered throughout the leads. It embodies their primal death country sound while knocking back a few drinks to loosen up the ol’ neck collar. This video is a straightforward look at who the band is: Booze fuelled death country. What you see is what you get. The band explains the track in their own words:

“Our new single “Burned Alive” is a combination of the time we’ve spent on the road mixed with all of us coming together as a unit, a brotherhood if you will, to create something that moves people. We feel that this will not only be received well from our fans now but will pull outside audiences in for a closer listen to what we have to say.”

Johnny Nocash began as a solo artist and remained that way for 10 years until 2016 when he decided it was time to expand the band and open up to adding musicians to his arsenal. This resulted in the transformation from emotionally driven acoustic punk songs into the sound now called “Death Country”.