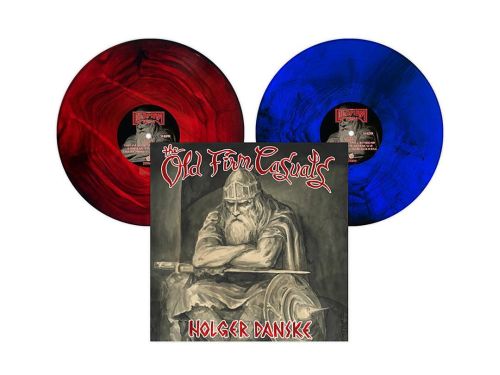 Lars Frederiksen of Rancid and cohorts rage against the socio(pathic)-political machine on new raw album and track titled “Traitor” just in time for Presidents’ Day.

On their YouTube profile, The Old Firm Casuals dropped a sonic and pointed lyrics bomb with the raw and unrelenting "Traitor". The target is pretty obvious they hit the bull's eye, especially today, which is Presidents' Day. Enough said.

The band is made up of Lars Frederiksen of a little ol' band called Rancid, guitarist Gabe Gavriloff, bassist Casey Watson, and drummer Paul Rivas. They've been at it since 2010 and have released a slew of EPs and split singles, and intense debut album This Means War in 2014.

If you're wondering about the LP title's origins, it's not a take-off on Hodor! from Game of Thrones, but the name of an actual person who is Danish and steeped in that country's historical mythology. The story is that Danske will rise up and defend Denmark if or when it is attacked. Frederiksen relates, "In World War II, my uncle Vigo joined a Danish resistance movement called Holger Danske to fight against the Nazis. The Danish national team even put Holger Danske on their World Cup jersey.”

Frederiksen accesses his Danish roots and incorporates the legends and narratives in The Old Firm Casuals' lyrics. As for the band's sound, while much of it is (street-)punk, there are also songs that dig into the hard rock and classic rock 'n' roll genres.

So get that mosh pit started with "Traitor" - and then vote, protest, and call and write to your political representatives and give them a piece of your mind.

Song Premiere: “On Top of the World” by Forth