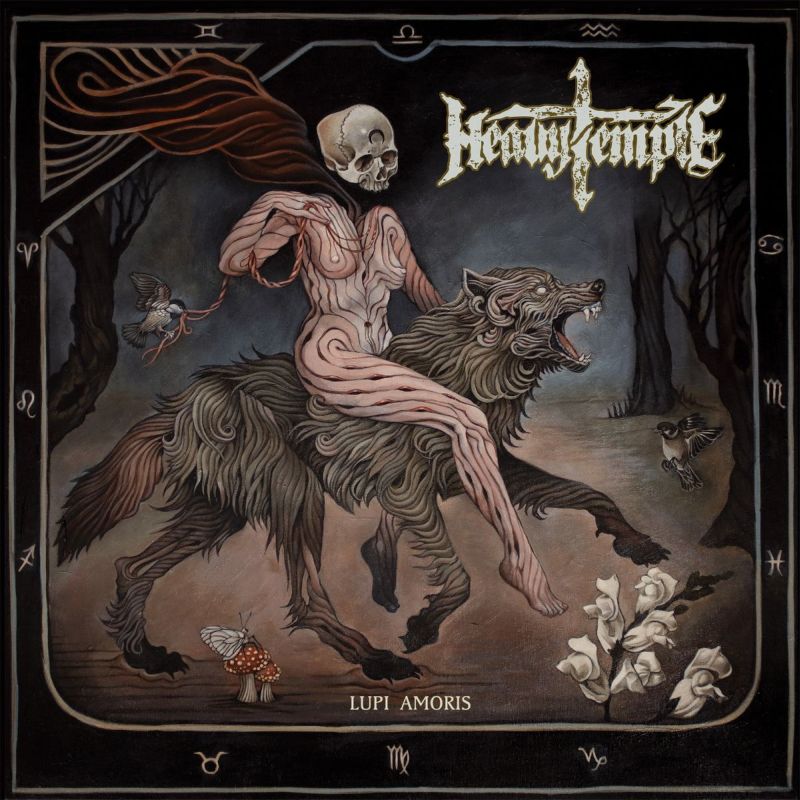 Doom/stoner rock and metal genres feature on the LP’s dark and mighty songs.

While purveyors of heavy, dark, and atmospheric rock and metal usually seem to come from more forbidding (well, at least colder) Scandinavian climes, it turns out that in the Philadelphia underground a similar outfit has taken root…

Heavy Temple is not a traditional heavy rock band, based on their location, but also because they have a powerful frontwoman in the form of High Priestess Nighthawk instead of the usual frontman.

High Priestess Nighthawk also plays bass and is joined by Lord Paisley on guitar and Baron Lycan on drums.

They champion female self-empowerment on the songs’ lyrics. Lupi Amoris (Latin for Wolves In Love) traverses territory from Angela Carter’s story The Company of Wolves, which delved into and challenged the submissive Little Red Riding Hood mythos.