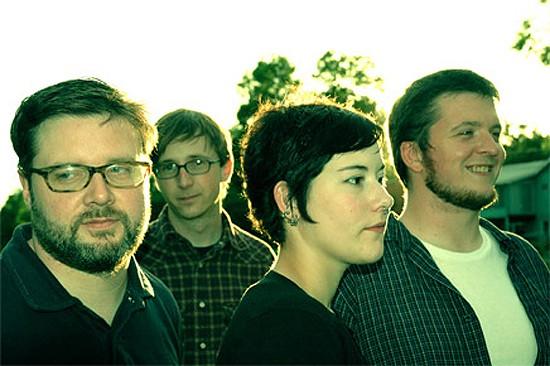 LONG BEACH, CA-- Never has there been a more successful meeting of chance than Billings, Mont.-based indie rock quartet, the 1090 Club. Four years after their formation, the band is gearing up for the September 19, 2006 release of "Shipwrecked of Shores" on SideCho Records. Steve Fisk (Nirvana, Soundgarden, Minus the Bear) and Alex Newport (Mars Volta, At the Drive-In) mixed several songs off the new album.

Formed in 2002 by guitarist Sean Lynch as a one-song project for a compilation, the cohesion of Mike Galt, keyboards; Megan Dibble, violin; and Steve Serfazo, drums; manifested into the 1090 Club.

Each member shares vocal duties to produce a singsong style that fits comfortably beside Death Cab for Cutie, the Postal Service and Mates of State.

Finding the two famous names of Fisk and Newport to mix the CD was simple for 1090 Club. "They offered to mix our CD because they liked the band," Lynch said.

The 1090 Club's fanbase reaches past their hometown. The band frequently tours to the thriving all-ages scene in Rapid City. "I always enjoy coming to Rapid City; it's fun," Galt said, "It's nice to have people come and want to listen."

Last January the band ventured out to the west coast. The 1090 Club is planning to hit the road again for a Midwest tour with Landing on the Moon in August.