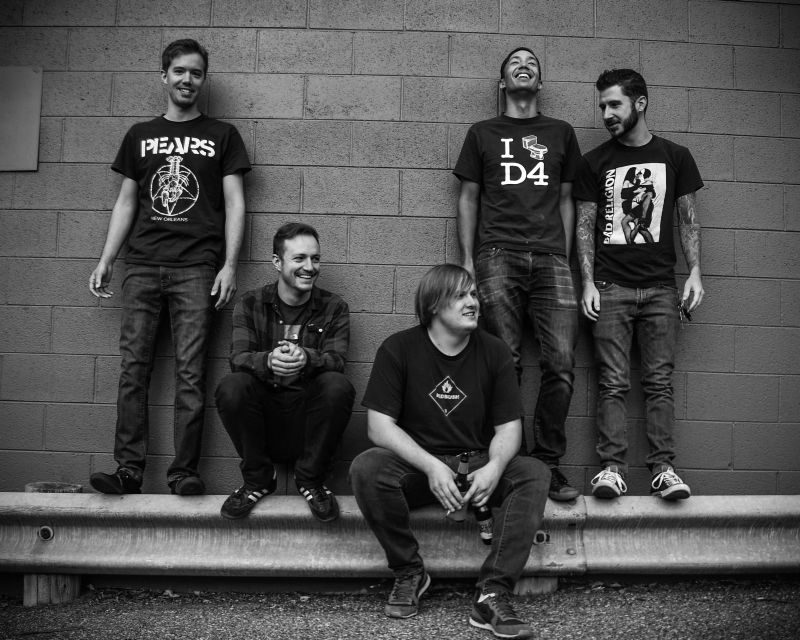 The Denver, Colorado-based outfit call for empathy in a messed-up world on their socio-politically relevant LP.

Located in Denver, Colorado, passionate and socio-politically relevant skate punk band Poor Me take life, and their music, seriously, searching for meaning and a way to move forward in our messed-up world.

It’s an aggressively hard-charging rager, for sure, with the band taking a stand against the ignorance, misunderstanding, and division that’s plaguing our society. But they’re also determined to find hope, forgiveness, and healing amid the daily struggles we’re all dealing with.

Stalemate is the third full length from the hard-working band that formed in 2010. It follows up debut album Readymade from 2013 and second LP Cosplay from 2015.

Brett Delaney (vocals), Nick Chmel a.k.a GIR (drums), Nick Butler (guitar), Jason McWhinnie (guitar, backing vocals), and Mike Goyn (bass, backing vocals) may all have jobs in the ‘real world’, but they also pour everything they’ve got into their music.

They’ve paid their dues on the scene, touring up and down the West Coast, and playing with big-name acts like Alkaline Trio and the Flatliners. And this new album is their most visceral yet, with narratives that reflect their views on society and their aim to make it a better place for everyone.

Singer and songwriter Brett Delaney explains, “We want the songs to have a message of solidarity, be rich in empathy, and make people think.”

Delaney continues to ruminate upon this theme, contemplating individual identity and how a person changes over time, whether they really want to or not; about how many punk rockers hang up their boots at some point and conform to society’s norms, joining the ‘responsible’ workforce, as if one precluded the other. Poor Me specifically tackle this issue on the incendiary track “So, Brother”.

Delaney states, “Being in a punk rock band and working management shifts often led to a sort of identity crisis. The two aspirations didn’t feel like a logical fit.  For years, I compartmentalized both avenues since I enjoyed them both.”

“As I get older, I wonder how many of us think we have make that choice. I think about the trajectory of such things quite often, and I question my confidence that a good life can be lived within those old containers.”

“I love this music.  I love what I do outside of this band. Picking one to give my all seems unnecessarily sacrificial, yet pressure to submit to a singular identity is a regular encounter.”

“The tracks [on Stalemate] are about the willingness to change our minds about ourselves and others, forgiving ourselves for not being ‘ourselves,’ and forgiving others for not being who we want them to be for our sake. Contradictions are a part of life. Not all of them limit our ability to expand forward.”

Each successive track whips into a blazing frenzy, but the chaos is shaped into meticulously crafted and recorded compositions that incorporate skate punk, hardcore, and pop-punk with elements from the metal and alternative rock realms.