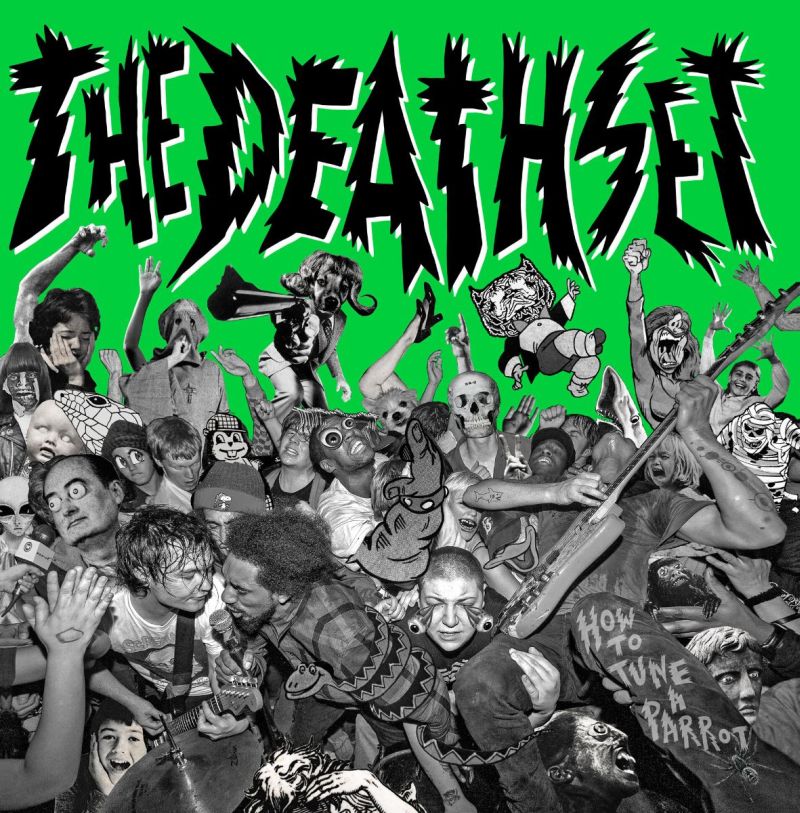 The Death Set - How To Tune A Parrot

The Brooklyn-based outfit have unleashed a string of wild singles and videos.

Based out of Brooklyn (by way of Australia), noise/punk rock band The Death Set are planning to unleash their upcoming album, How To Tune A Parrot, on September 10th via Cobraside/Behemoth (US), This Charming Man Records (EU), and NIW! (JPN).

Ahead of the LP’s release, the act have pulled back the curtain on a run of raucous singles and some wild accompanying music videos.

It’s a bold reintroduction to the outfit who were last heard from on record in 2011. Before their hiatus, they bashed and crashed their way through many an intense performance on stage, and delivered rousing and raging tunes with mordant lyrics and a sardonic edge.

The hybrid punk band are known for incorporating loads of different styles and sounds in their musical output, and always give it their all, on record and live.

Lead single “Elephant” stomped its way out of its cage in early August, with a macabre, but super-amusing music video that re-enacts various fictional film deaths (Psycho, Blue Velvet, Wild Strawberries), while also featuring over-the-top performances by the band members; one who is living a healthy lifestyle and the other who is a partying, self-sabotaging monster.

Next single, “Nowhere Is Here,” recently dropped, along with another hilarious music video. This vid focuses on the group’s incendiary live performances at warehouses and other venues over the past several years. It also shows members Johnny Siera and Dan Walker playing guitars – but their heads are on backwards.

Yeah, these guys are like that, having the most fun and spreading it around to their fans and listeners. Still, the song’s lyrics have a deeper meaning. Siera explains, “It’s about remembering that no matter how fucked-up the situation or headspace is, that I gotta start digging my way out, starting right here.”

Check out the hijinks below:

Catching Up With Pulley