Song Premiere: “Change” by In Her Eye 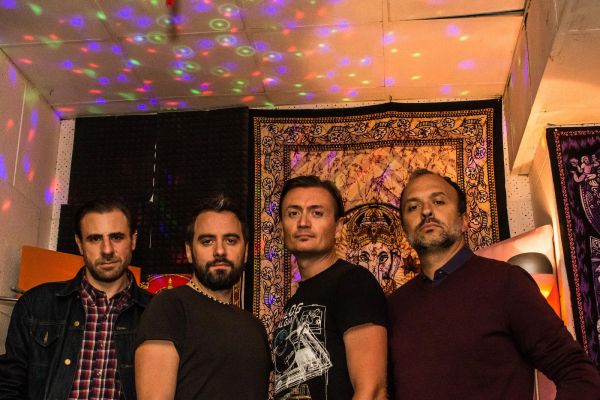 Italian shoegaze band In Her Eye releases the atmospheric, dynamic title track off its upcoming album.

Only a few years ago nobody would have associated shoegaze with Italy.  Yet starting from underground word-of-mouth, Italogaze, as it has been dubbed, has gained solid international credibility.  Among the most active acts are Milan-based In Her Eye, whose sound is a powerful mixture of ‘80s New Wave echoes, shoegaze, and atmospheric sonics, all filtered through a genuine rock attitude.

In Her Eye’s new album Change is dedicated to movement; to transformation. In the last few years, original band members (Aldo Bernuzzi, Giuseppe Galotti, Stefano Schiavella) went through a lot of change-related experiences: evolving relationships, new births, life philosophies. The line-up has changed as well, with Raffaele Bocchetti (formerly of Stella Diana) joining the band. And so In Her Eye’s classic sound morphs and enriches itself yet again with new hues and shades.

Rebel Noise is excited to premiere the title track off the album, the second single from the band.  Its members comment on the song, stating, ““Change” is the focal point of the album. It’s awakening to the real essence of life, which is constant change. The demarcation point is accepting and not becoming victim to transformation. Changing yourself constantly and adapting like water to the situations. It’s like a river that flows endlessly with strength and passion. We wanted this energy to be felt in the album.”

Change is out on June 1st. Pre-order here: https://inhereye.bandcamp.com/album/change