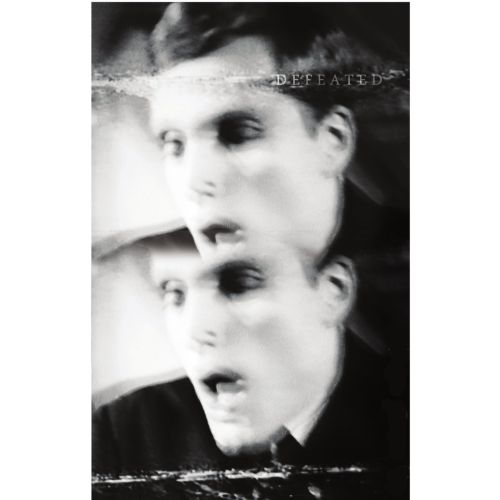 Springfield, Missouri-based post-punk/indie rock act Kudzu is releasing their new LP, titled Defeated, Friday, January 26th. Ahead of that, Rebel Noise has the pleasure of premiering the heavily driving and spiritedly blistering title track from that album.

Although the word "defeated" connotates hopelessness, the sound of the track "Defeated" rings like a victory for the band, leaving a strong impression on the listener and delivering an interesting sonic union of John Lydon in his most upbeat-punk moments, abrasively gritty noise-rock, and a deft electro/synth touch.

Kudzu is Seth Goodwin (vocals, synth, drum programming) and Mark Gillenwaters (vocals, guitar). This 9-track album is being released through Push & Pull Records and was recorded by Adam Schoeller and Jonathan James at No Coast Recording, and mixed by the latter.

Tears For Fears, The Cure, Spectrum, Guided by Voices, Sympathy Nervous, and This Heat number among their influences.

Seth Goodwin speaks about the album: "A lot of these songs come from a place of disenchantment with punk and "DIY" scenes I've dedicated too much time to and the resulting dissociation as I've continued to have involvement in those scenes. Defeated is a documentation of a transitional period that I'm sure a lot of people feel as they start to feel parts of them age out from this type of lifestyle but dont know how to do anything else."

Defeated is available digitally and on cassette, with the first batch a small 50-copy limited edition on high quality chrome cassette. Visit Kudzu's Bandcamp to support the band directly.

Interview with Professor and the Madman