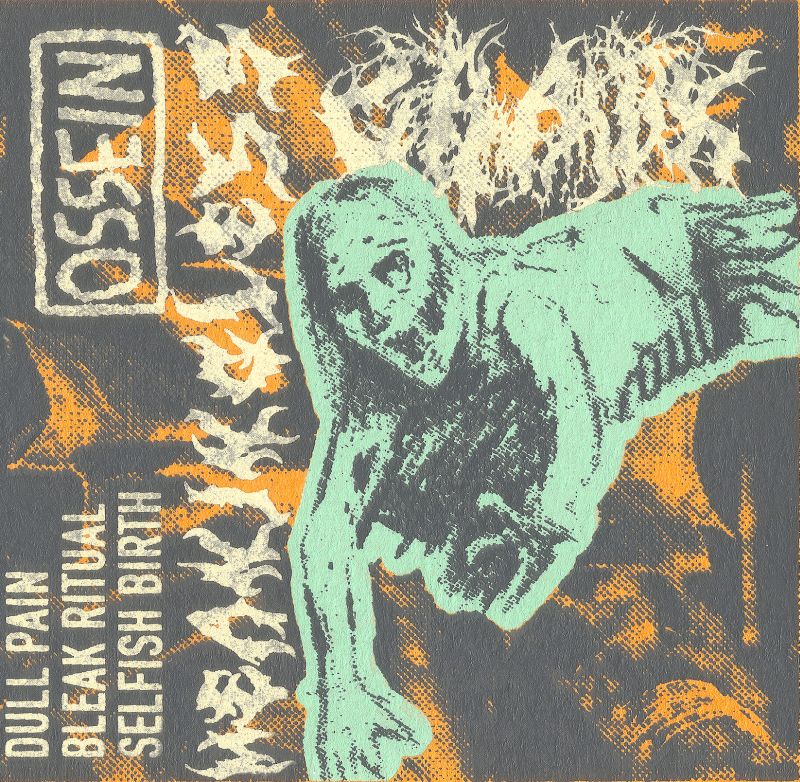 Self-described as pummeling the eardrums with “awful” and “disgusting” noise, they nevertheless have (de)formed sounds and structures into semi-recognizable songs that blast by with ferocious rage and/or lumber along like a mighty beast.

These tracks can be found on GAAWK’s upcoming Meaningless EP that unleashes on October 1st.

Inspired by other brutal acts like Nile, Man Is The Bastard, Spazz, and Graf Orlock, the band members wanted to break out of pandemic lockdown boredom and let out their frustration and aggression.

As Crider puts it, “We all came from heavier music backgrounds, which you can hear surfacing in little bits in our other projects, but none of them let full metal havoc out. I think Gaawk is just us letting go of nuance and hesitation…”

Rebel Noise is stoked to host the premiere of “Dull Pain,” the ruthless opening track of Meaningless.

“Dull Pain” starts off heavy and menacing, cycling with jagged and abysmal noise, slammed drum beats, and evil vocal emanations. But it soon goes on a full-bore hardcore/death metal rampage propelled by rapid-fire drum strikes, spiraling out of control guitars, and virulent deep vocals that bludgeon the senses senseless. Wicked!