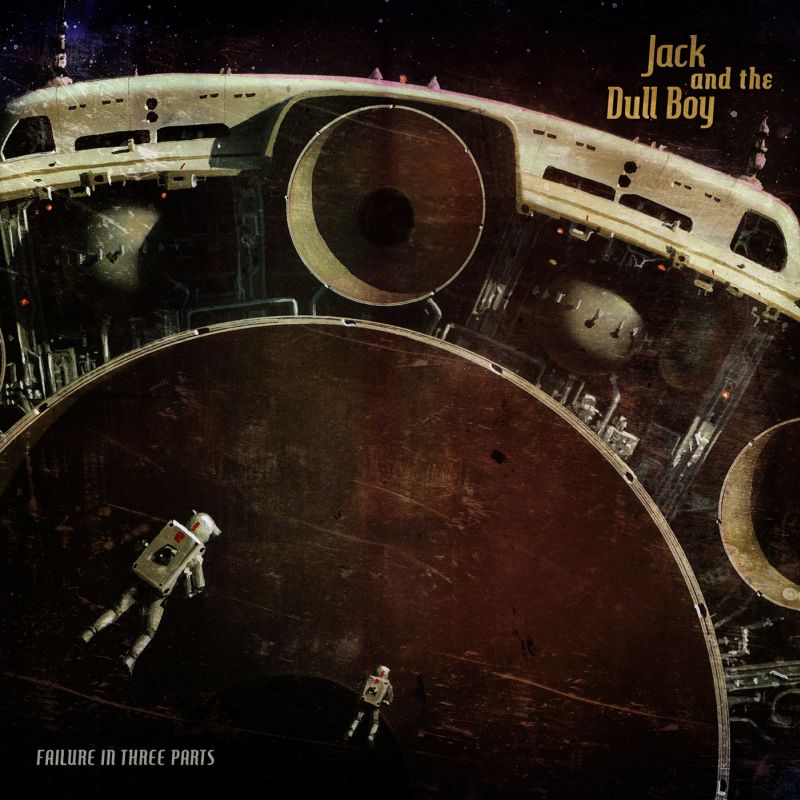 Jack and the Dull Boy - Failure in Three Parts

Based in Seattle, rock/pop/metal outfit Jack and the Dull Boy are readying to launch their upcoming album, Failure In Three Parts, on November 19th.

Over a decade and a half ago, Devon Summers (songwriter, vocalist, guitarist) and Aaron Nicholes (drums) teamed up as part of punk/metal act Scorpiknox. When that band went under the two stayed in touch, with each making himself known in the rock music scenes of Chicago and Seattle, with Nicholes becoming a member of Legion Within.

Eventually the veteran musicians decided to join forces again as the stylistically hybrid outfit Jack and the Dull Boy.

This newer project is the result of an amalgamation of all that the two love in music – progressive and hard rock, heavy metal, and catchy pop. Keeping metal music fresh, Summers and Nicholes deliver complex metal riffs with rock attitude and concise song structures.

Rebel Noise is stoked to host the premiere of the dynamic and (dis)passionate “Ghost in the Machine” from Failure In Three Parts.

The song starts off at a quick clip and spirals out from there with heavy metal guitar riffs, rapid-fire drum strikes, and scintillating cymbals crash.

Double-layered vocals are dramatic and tell the story of humankind heading to nowhere in the vastness of the universe, trying to make contact with each other through technology, but somehow missing the connection.

Summers comments, “Inspired by my personal struggles with phone addiction and arguing with strangers on the internet. We are the product; we are the AI.”

Speaking of tech, the band also give some info about what gear was used on “Ghost in the Machine,” stating, “Whammy DT used for the pre-chorus. Re-amped the organ through a Leslie speaker a few times at different settings. All bass tones were made with a Moog Subsequent 37 and a King Korg.”