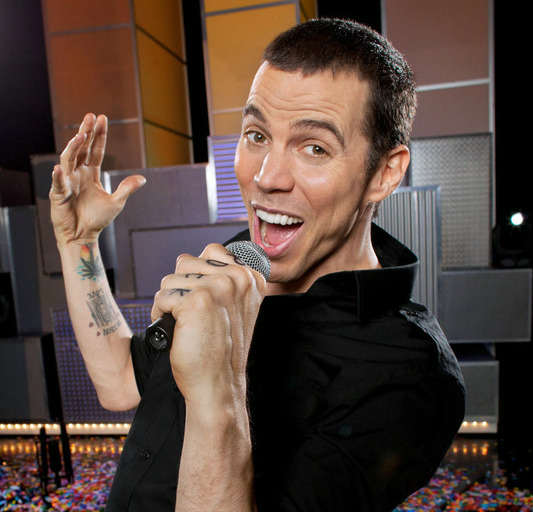 His "Jackass" co-star Johnny Knoxville and other crew from the show later staged an intervention to help Steve-O recover from drug and alcohol abuse. After a stint in rehab, he became a vegan and now has been clean and sober since 2008.

In 2009, he went from reality host to reality-competition contestant, lasting six weeks on ABC's "Dancing With the Stars" with professional partner Lacey Schwimmer. Then, in 2011, he released an autobiography, "Professional Idiot: A Memoir."

Now, rather than performing dangerous stunts and battling his own demons, Steve-O is instead challenging contestants to overcome their fear of singing a karaoke song while being put through hilarious and unexpected physical challenges.

"Killer Karaoke" premieres Friday (Nov. 23) on truTV, giving audiences plenty of time to digest that turkey before indulging in a good belly laugh.

The Circle One Family

Springsteen Performs With Mike Ness and Tom Morello in Anaheim