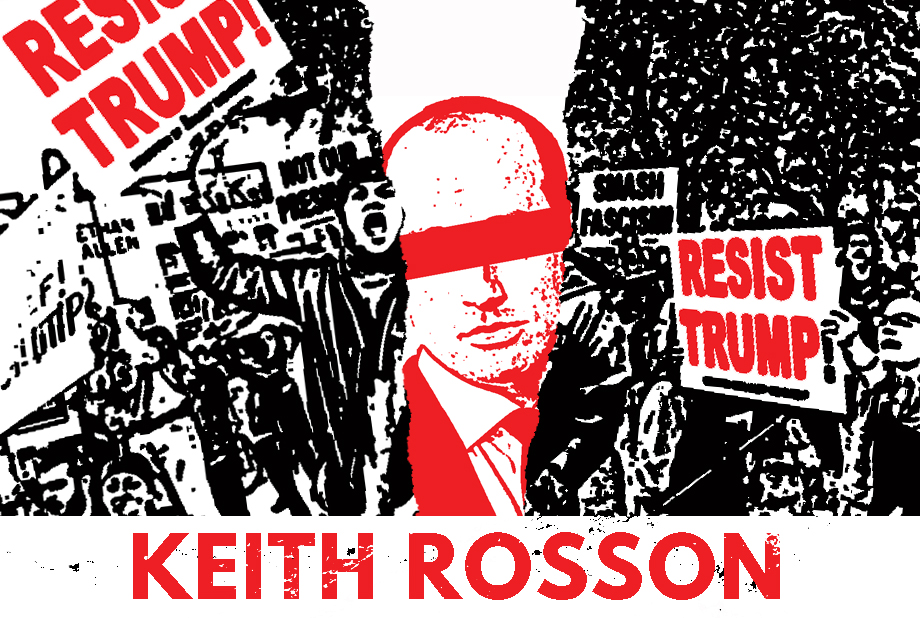 In which Keith Rosson notes that Stephen Miller, the White House aide most arguably responsible for shaping Trump’s immigration policies, has now been outed as an avowed white nationalist. And even though we already knew this, it still matters a great deal.

So a bunch of emails that White House policy advisor Stephen Miller wrote to an ex-Breitbart reporter got leaked to the Southern Poverty Law Center. Some 900 emails that very clearly state Miller’s propensity towards eugenics, a zero-count immigration policy, and affinity towards white nationalism and white supremacy. This is, of course, the same gentleman who helped pen Trump’s infamous and loathsome inaugural “American Carnage” speech, and a man who over the past three years has made no bones about his desire to – at a minimum - entirely halt immigration to this country. It’s safe to say that much of the heart-wrenching, destructive, and ruinous immigration policies we’ve seen the administration enact over the previous three years have been guided by Miller. He is a white nationalist.

The troubling thing is that this revelation comes as no surprise. We’ve known that Miller and his ilk are white nationalists since day one. We’ve known that they ceaselessly cater to racists, that they view fascists as allies with similar goals and views. The Muslim ban and the wall are rooted deeply within the constraints of Miller’s worldview. He’s a firm believer, apparently, of Calvin Coolidge’s legacy (see the Immigration Act of 1924), and of Coolidge’s belief that “certain divergent people will not mix or blend.”

It’s maddening that this comes as no surprise. It’s maddening that we’ve become so inured to the administration’s overt and malevolent racism, and the GOP’s laissez faire dismissal of Trump and co.’s egregious fuckups and dog whistles and taxpayer bilkings. It’s maddening that this has all become normalized. We’re tired, and the institutions meant to isolate and remove criminality in the office of the President simply aren’t working. When you have an entirely complicit party of Congress and an Attorney General willing to wield the Department of Justice like a weapon at your disposal, it turns out you and yours can pretty much do whatever the fuck you want. So when a limbed and balding cesspool like Stephen Miller gets outed as a white nationalist – with receipts – the majority of us simply give a kind of world-weary sigh and mutter “Yeah, no shit.” We are tired to our core. The bad guys keep winning.

It’s in this way – this fatigue, this normalization of things that should be considered not normal at all – that the Trump administration will keep winning. They’ve beaten us into this kind of cynical submission. And when that happens, everyone vying for a shittier world wins right alongside them. The online trolls. The growing influx of bootlicking right-wing street gangs that commit violence again and again with seeming impunity from the cops. The political pundits driven by ratings and ad revenue. The politicians dismissing the erosion of Constitutionally-mandated norms in favor of reelection and tribalist base-appeasement. The incels and ethnostaters and 8chan dwellers, the ones who mock the death and anguish of the marginalized and cheer on mass shooters. And so-called “normal folks,” who generally view empathy as a personal weakness and revel in Trump’s casual cruelty towards all those not like them. They all win when we allow this stuff to become the new normal.

Recognize Who They Are

One of the biggest things we can do is to recognize that we’ve grown accustomed to the creep of white supremacy in the national dialogue. The tenets of white supremacy and white nationalism are being put forth by the White House, by right-wing pundits, and by an armada of online trolls with a very specific agenda of moving the needle in that direction. And it’s happened! It’s working. But once we become accustomed to seeing it, we’re more prepared to dismantle it. Keep your eyes open, both online and throughout your day. Familiarize yourself with who these people are, what their goals are, how they recruit, who goes to their events. Particularly at a local level, as unpleasant as it is. Familiarize yourself with the talking points of white nationalists. It’s ugly and unpleasant, but the more folks we have actively paying attention, the better. See where talking points of outspoken white nationalists coincide with other folks (in the media and in your daily lives) who might be saying the same exact thing, only in “softer” language.

Dismantle Their Attempts At Organizing

White nationalism has grown significantly since Trump took office; groups like the Proud Boys have made street-level organizing of violent extremist groups the new normal, and often with the tacit approval of law enforcement. Again, fascist groups walking around in the open, groups whose very foundations are reliant on a misogynist, Eurocentric, stridently anti-immigration worldview, reliant on intimidation and violence, should not be the new normal. They should be resisted, and folks should not hesitate to call them out. Fortunately, there are a number of ways to resist these groups, and not all of them require people to go to rallies or counter-protests. (Though clearly, street-level resistance, being a body and a voice in clear opposition to their goals, is vital, too. It’s perhaps the most vital way to oppose these groups.) We can’t steer policy decisions in the White House, but we can make it difficult for fascists to organize. If you see white nationalists organizing or calling for intimidation or violence, online or in person, let people know. If you see white nationalist stickers or literature in person, cover it up or destroy it. Report it if you see it online. Pressure venues that host white nationalist events to cancel them – while these groups are becoming normalized, it’s still not considered a wise business move to openly cater to them. Organizers have had some success getting white supremacists kicked off of financial and crowdfunding platforms they’ve used to raise money. Call out other institutions to publicly decry white nationalists when they attempt to organize. Even if you’re not in the front lines, you can still use your voice – via phone calls and emails – to actively oppose these people. Look for creative ways to disrupt their goals.

Resist Shooting Yourself In the Foot

There are a variety of tactics available when it comes to disrupting white supremacist organizing. You might not agree with all of these tactics, and that’s fine. White supremacists are very good at dogpiling and dividing antiracist groups and individuals. They excel at it, and they rely on bad faith arguments and targeted harassment. Don’t assist them in that goal. Understand that a diversity of tactics is good, and that having allies across the spectrum is a good thing, and that the more people participating in varied means of resistance the better off everyone will be. Fight that urge to shit-talk allies and downplay the work that other folks do.

Don’t Get Burnt Out

Lastly, the biggest job we have is to not let our sense of pointlessness overwhelm us. It’s easy to feel heartsick and angry and hopeless. The creep of white nationalism – and all the overarching issues that are interconnected with it, like systemic racism, police brutality and oppression, the huge and yawing divide when it comes to bias in the justice system – can just feel overwhelming. But we need to keep moving forward and disrupting these ideas in our everyday lives.

Stephen Miller, I imagine, isn’t going anywhere. Republican lawmakers and right-wing pundits, if they’ve commented at all, have ignored Miller’s emails entirely, and instead attacked the SPLC. (Bad faith, remember?) Miller is entrenched in Trump’s cabal, one of the only people to have survived the constant firings and resignations since before Trump was even inaugurated. Trump sees Miller’s value, sees his worth. Miller has the ear of the most powerful man in the world. He will continue to normalize the violence of white supremacy.

So it’s up to all of us, a day at a time, an action at a time, a word at a time, to counteract that violence. And when you look for them, you’ll find that there’s no shortage of opportunities.