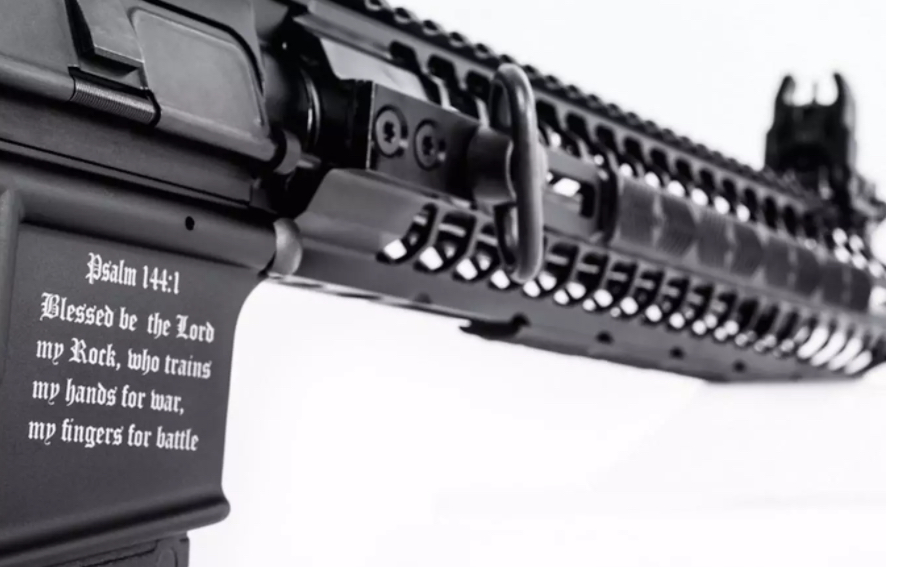 Here's the thing about The Crusades. Most people who cite them as an article of a specific history don't understand how they actually went down. The Crusades have been romanticized thanks to epic tales of fierce ideological battles featuring "the scourge of the Middle East," the Seljuk Turks, against heroes, the Christians straight from Europe. Culturally, these battles are seen as a holy war of good against evil. And for generations, people have bought that story.

The Crusade enterprise wasn't about whose man in the sky had the bigger ding dong. It's a convoluted narrative of peasants heeding the call from a pope smart enough to sell a bunch of bored nobles on the idea that a pilgrimage to the Holy Land was their birthright. The problem was that by the time they got there for the first round, the Seljuks were out – the Egyptians were in – so, a different enemy upon arrival. 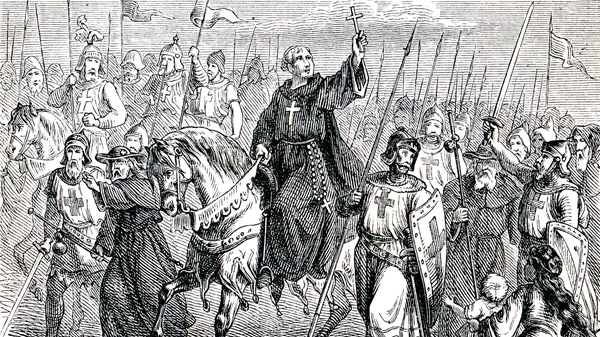 The Christians get there, and they take Jerusalem. People are like, whoa. But, years later, there's a second Crusade, and it fails. Then there's a third Crusade because Saladin, one of the greatest military minds, rises, and the Holy capital is back in Muslim control. This thing then devolves into the fourth Crusade in North Africa - not the Holy Land. But the generals were smart enough to take boats there, so 500 were made in Venice. But no one can pay for the boats. So, to pay for these holy ships, the Venetians had the Crusaders attack the rebel city of Zara.

But Zara was a Christian city. And the Pope excommunicates Venice and the Crusaders from the Church – the very governing body they're fighting for. They fail to take Zara and are now kicked out of the Church and are broke. Sick, right? The Crusaders take a job working for a Byzantine Emperor (obvs not Christian) to topple Constantinople – again, another gig that had nothing to do with the "holy war." And from there, the whole idea of this holy pilgrimage was over with a whimper. In a nutshell, The Crusades were a complete failure. Every city they held was wiped out by the time the Ottomans took control in 1517 and has remained that way.

Why are we culturally obsessed with the idea of The Crusades? Good branding, I guess.

And because of that magical ideation representing good vs. evil, it's another lane Republicans can cozy up into based on fractured party ideologies of what piousness looks like. And because the party is obsessed with symbolism that doesn't make sense to the cause (see The Punisher skull and the creator hating what it's become), we've arrived at The Crusader, an AR-15 assault weapon that's etched with Psalm 144-1: "Blessed be the Lord my Rock, who trains my hands for war, my fingers for battle." The phrase is a beat from the bible, something the manufacturer, Spike Tactical, cites to stop "Muslim terrorists" using it.

Last I checked, deranged white guys with mental health red flags visible from a mile away were the ones shooting up elementary schools and movie theaters – not brown people. (Crusade images inspired white supremacists at Charlottesville protests and the New Zealand mass shooter.)

The Crusader has been on the market for a few years now. It dropped Pre-Trump. But because the news cycle during that era was bonkers, most people didn't know this gun existed because trying to write about anything non-Trump was like dropping a kitten into the center of a cyclone. (Case in point, my border wall story.)

The gun goes for under $1500 and regularly sells out because that's on-brand for guys who think wearing Hawaiian shirts are edgy. The Crusader is engraved with a Knight's Templar Cross and has three settings: Peace (safety on), War (single shot), and God Wills It (fully automatic). 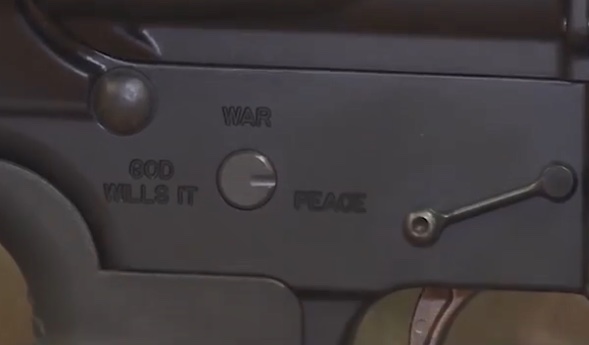 You can't access the fully automatic setting unless you're in the military. The standard edition of the gun is black with silver etching, but after a few Google searches, there are silver and red mods that are meant to look as close to the Knights Templar as if it were battle-scarred.

I don't mean to sound like the canary in the coal mine here, but what’s the purpose of this gun and the justification for its existence? With something like this that's so blatantly racist, it's not surprising Donald Trump JR is a big fan and even posted about it on his Instagram. It's also worth noting that Don JR is a big game hunter who's murdered endangered animals worldwide because, again, are you shocked he'd shoot an elephant? He's a ghoul who barely thinks non-white people are sentient.

I contacted the manufacturer, Spike Tactical, for a quote, but no one replied. Ben "Mookie" Thomas, a former Navy Seal and company spokesman, seems to be the only visible presence of the brand. In a behind-the-scenes video, Thomas makes a small comment that shouldn't go unnoticed by its context, "The one thing we did in every single interview regarding The Crusader, the one stipulation, was that we got to read the inscription in the interview. 100 million people had to sit through Psalm 144:1 against their will – many of them in Muslim countries. How ya like them apples?`` In the same video, Mookie mentions while talking about the company's staff, "these are good people. They make freedom here."

According to the company's site, Spike's doubles down on its wildly racist and Islamophobic rhetoric, "We named it Crusader and engraved Psalm 144:1 on the lower receiver to hoist the flag of our faith and to make a statement, reminding our customers that we are with you." Continuing, "The war is here. We have a duty to defend our homeland and our way of life." The company also went so far as to establish its headquarters as "a Muslim free zone."

In a different YouTube video, Thomas celebrates his Christian Nationalism, insisting the gun "encapsulated Christian values ."And it was Thomas who had the idea for the gun in the first place, "This ensures that no Muslim terrorist will ever pick up this weapon to use it to bring harm against another person," he continues, "I want a rifle that no Muslim terrorist can use to murder innocent people," he says. "I half expected to be fired or at least not taken seriously, but they took the ball, and they ran with it." 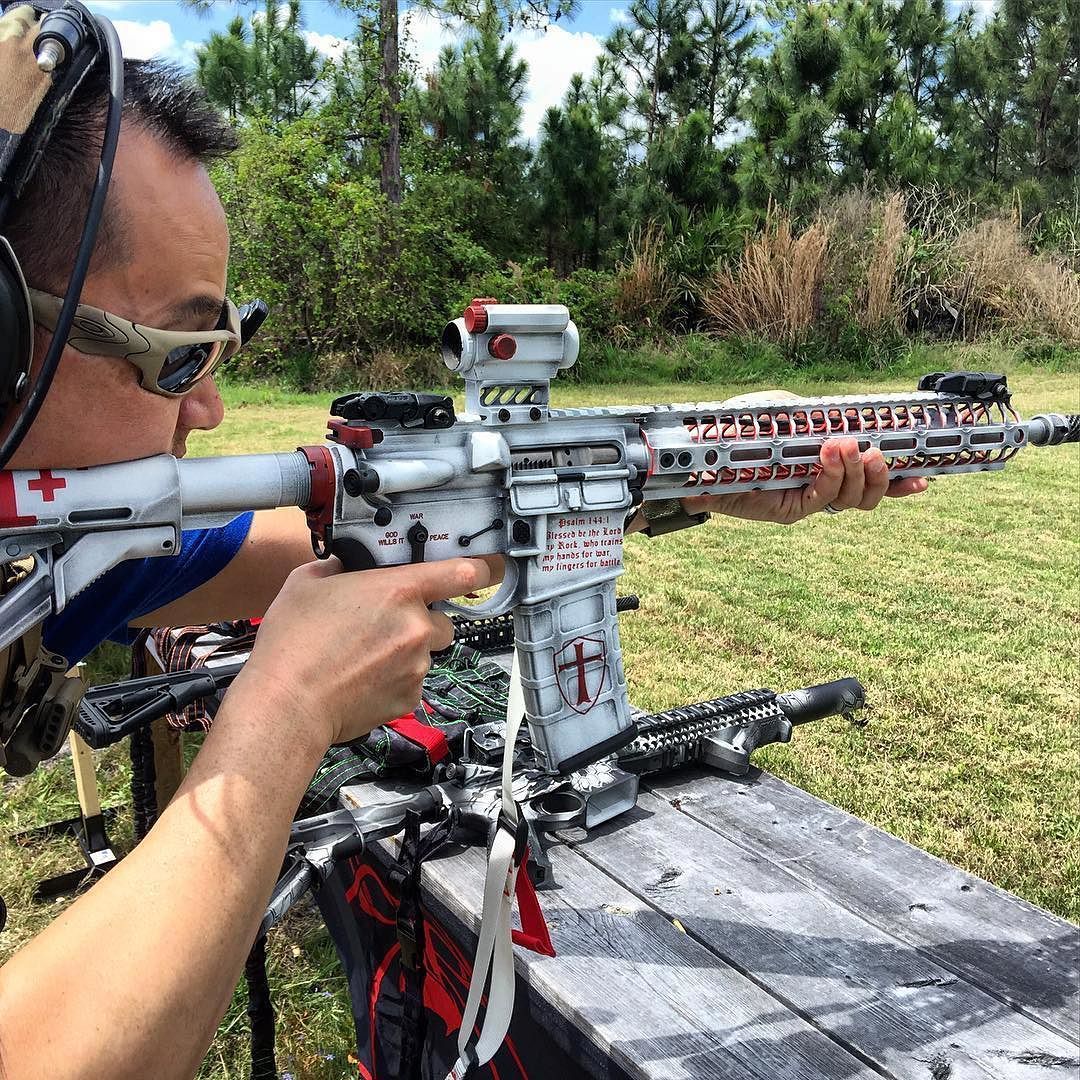 The Council on American-Islamic Relations of Florida (CAIR-FL) released a statement when the gun hit the market, "Sadly, this manufacturer's fancy new gun won't do anything to stop the real threat in America: the escalating problem of gun violence," the statement said. "This is just another shameful marketing ploy intended to profit from the promotion of hatred, division, and violence."

The cross symbolizes both divinity and a willingness to sacrifice, two things that, when viewed through the wrong lens, can mean it's ok for Christians to murder people different than them. This isn't about "historical warriors" but the fanatical idea that Christian Nationalists stand by, that God stamped the United States as a Christian nation, and we're constantly under attack from "invaders" from the Middle East.

Weapons like this do nothing but exacerbate the crisis of the American right's gun obsession. After a mass shooting, we'll talk about the need for gun control. Still, we'll get a red wave of GOP politicians and second amendment defenders squawking "thoughts and prayers" while taking zero action against the patterns we see repeatedly. But lay the blame on a Muslim? Hell yeah, brother.

As a country, we're trapped in this cycle of Christian Nationalist fantasy of the "good guy with a gun." By arming themselves as righteous pylons of faith and moral fortitude, guns like The Crusader are an extension of their evangelical will. And it's why more brands continue to pop up like Daniel Defense, who advertised the same AR-15 used in the Uvalde shooting, but deleted the tweet, citing Proverbs 22:6, "Train up a child in the way he should go: and when he is old, he will not depart from it." The ad featured a child in the shadow of the gun. Etsy even has collections of bullet rosaries. Yes, you read that correctly, rosaries made from tactical weaponry meant to kill other humans.

Neither Spike nor Daniel Defense is an outlier. A whole church, the Rod of Iron Ministries, openly worships the AR-15 as a symbol of Revelations. The founder, Pastor Sean Moon, put the weapon on the Church's flag and has a gold-plated AR-15 on his desk. Somehow, the gun has become a symbol akin to the cross, and the Second Amendment is a concept from the teachings of Jesus. Back here, in reality, Jesus is a prophet mentioned in the Quran, just the same as Muslims aren't shadowy villains lurching on street corners, waiting to execute families as they see fit. Sacred weaponry is the right’s belief, above kindness, respect, and compassion – even if everyone doesn't believe in the hand wielding the object.

Why does a gun like this exist? It's a matter of identity and radicalization that's getting worse. For some, the flag is wrapped around the cross, and while people storm the capital, or a lone wolf acts out of surreal vengeance for being born, America will lay bloody and bullet-ridden with no intervention from God any time soon. 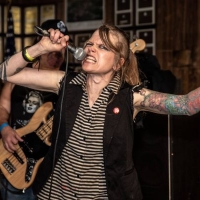