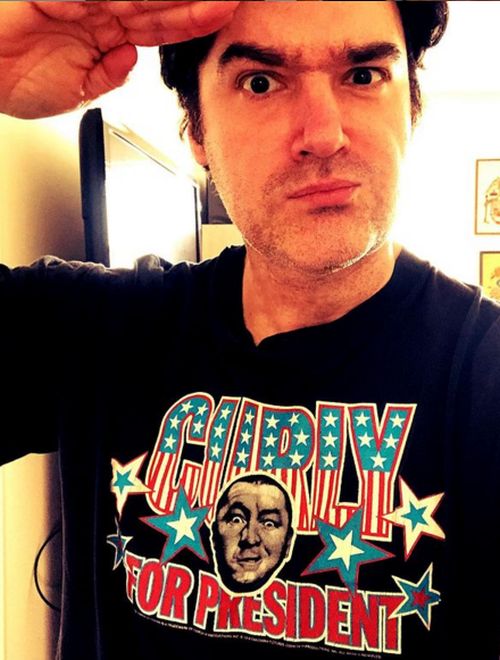 New York City-based alternative/rock singer-songwriter Paul Maged is no stranger to the music scene, having released five albums over the past several years.

While the lyrical content of Culture War is mainly scathing, the tracks are varied, with Maged digging into anthemic rock, spirited punk rock, and even pop balladry.

Maged kindly took the time to partake in our ongoing Protest Interview series, because even though Joe Biden has been officially elected as the next President of the United States, there is still a huge cultural/ideological rift in the country – and much equal-understanding and healing that needs to happen.

Hi, my name is Paul Maged, but my stage name is Paul Maged. I’d say my sound is a smorgasbord from the rock genre in that it has elements of modern rock, as well as alternative, pop, punk, grunge, and hard rock with a dash of singer-songwriter sprinkled on top. It’s kinda like if Pearl Jam, Green Day, Billy Joel, Iron Maiden, and Queen had a love child.

Climate change and the environment remain a top concern of mine and I’ve written about it in songs like “For The Sea,” but what’s on my mind the most these days are cultural and societal ills that we’re facing and the increasing and widening divide between us as Americans. The gap seems to be growing like a hamster on steroids and I believe a large part of that is due to the evil soulless sociopath who has tragically been our “leader” for the past four years.

I would either say the title track of my latest album, “Culture War”, or “Cult 45”, so I’ll provide both if that’s okay and explain, as they are connected. “Culture War” is the result of the actions partially caused by ‘45’. “Culture War” discusses how progress throughout our history is met with resistance, anger, and violence. I believe a lot of angry people support ‘45’. They’re angry and/or racist. Not all of them, but many of them.

The angry ones, they believe immigrants are coming to take their jobs and their houses. They believe their 2nd amendment rights are being taken away because they’re being asked to wear a mask to help save lives. Why? Fear and lies. He [Trump] has stoked and preyed on the emotion of fear through his gaslighting and propaganda, and through that, he has a certain percentage of people following his lies and anger, many times with actions of violence. ‘The Cult of 45.’

He takes no responsibility, so why should they. He doesn’t care that over 250K American’s have died on his watch, tens of thousands due to his denial, lies, and suppression of the virus. So why should they care when they’re asked to put on a mask to help save their fellow Americans’ lives? He doesn’t give a damn about them or the country because it doesn’t involve him. Every decision and lie he makes is through the prism of how it benefits him and only him. That’s how sociopaths are wired.

“Cult 45,” the brainwashing of the cult. It’s all very Orwellian. ‘Do not believe what your eyes and ears tell you. Only believe what I say and what state TV tells you.’

It’s this fantasy land that a percentage of the population now live in that we should be very afraid of, and it’s up to everyone whether you’re an artist, media person, in government, or just someone going through your everyday life, to resist that and speak up for truth.

To bring it back to the environment for a moment, I would say Pearl Jam’s “Quick Escape” from their most recent album, Gigaton. The song is a look back at what life was like when we still had a planet that we could safely inhabit.

My music is my main form of speaking truth and where I feel the freest to express myself, but I feel it’s important for everyone to speak their truth by whichever way they feel most comfortable.

I couldn’t agree more. I think that Joe Biden is the right man for this moment in history. He has worked with and crossed the political aisle for much of his career. It’s easy to forget what true leadership is since we haven’t had it for a [long] minute, but leadership filters down to the rest of us.

So, in our own everyday lives I feel as if it’s really important to listen to the other side. I don’t think any progress will be made or this divide will be healed if we don’t start that process. But it’s a two-way street.

Youth and the power of its collective voice.

Thank you for this different type of interview.

All my music can be streamed on Spotify, Amazon, Apple Music, etc… My main website is: