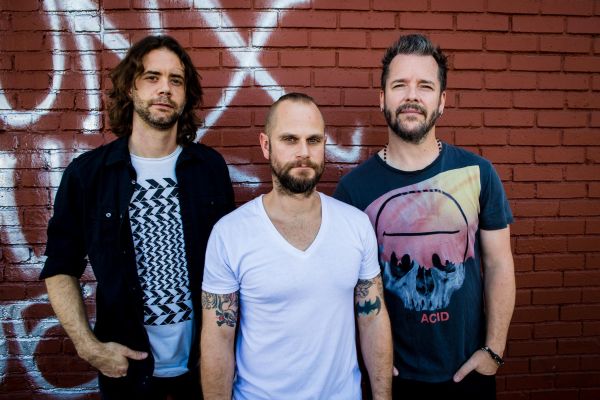 Los Angeles-located alternative rock band State To State have been hard at work on their second album that’s set for release in 2021.

State To State were in the studio before the pandemic hit, connecting with Grammy-nominated producer Johnny K (Megadeth, Disturbed, 3 Doors Down) on the recording of the LP.

The band have been a fixture on the SoCal rock scene, and have also performed across the US. They’ve played The Roxy, The Troubadour, Viper Room, and Hotel Café, as well as supported big names like Candlebox and Collective Soul.

State To State took part in the last Van’s Warped Tour in 2018, have the support of local SoCal radio stations KROQ, 91X, and KCSN, and most recently took part in the iVoted Festival this past November 3rd.

In late spring the band unveiled their Queens Of The Stone Agesque lead single “Undead Love” and now they return with the poignant and soaring second single “Bye Bye” and its outer space-themed accompanying music video.

Rebel Noise is stoked to host the premiere of the song/video that takes State To States’ heavy alternative/post-rock sound to new heights – sonically, emotively, and, creatively in the animated music video.

“Bye Bye” is a vibrant and anthemic love story with brooding verses that build into storming crescendos and passionate vocals cries. Fans of mid-carreer Muse, Radiohead, and Smashing Pumpkins will find much to love in the band’s compelling sound and vision.

The hand-drawn and –colored-in clip, courtesy of DeBurk Studios, depicts an astronaut who plots a course through the vastness of our galaxy. His rocket launches successfully and the capsule detaches and heads out past the planet Jupiter.

After landing on a moon, the astronaut begins his exploration, walking over the rough terrain, and taking a leap of faith when a rock bridge collapses on his path.

Meteors begin to rain down from above, crashing into the ground and blasting the astronaut into space. He’s flung into the void, with Eye of Jupiter appearing in his visor.

Anyone who is or has been in love will understand the relationship metaphors that abound on this astronaut’s daring journey.