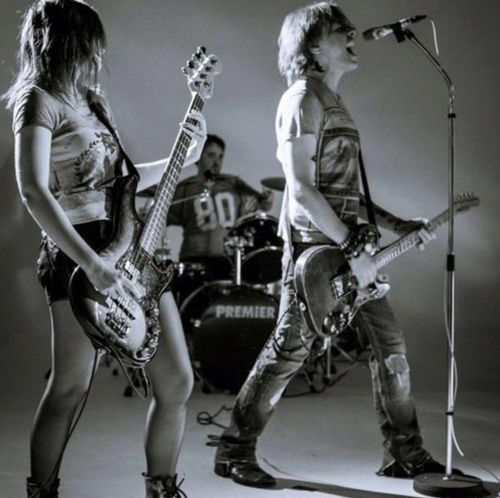 The indie hard rock/grunge act kicks off its Angels On Tour circuit in California.

LA-based (by-way-of-Paris, France) alternative rock band TALIA is back on the road for an imminent string of gigs in the California region.

Nicolas Costa (guitar, lead vocals), Alice Thomas (bass, backing vocals), and Hervé Goardou (drums) have played over 100 shows in France and have opened for bands like Reverend Horton heart, The Datsuns, and, just last summer, Soul Asylum at the Whisky A Go Go.  Later this year they’re scheduled to open for Nashville Pussy in France.

Over the next two weeks, and kicking off in a day or two, TALIA will be performing five shows in California:

TALIA released its ‘90s alt-rock-steeped third album Thugs They Look Like Angels almost two years ago, but the members are still riding high on the live scene, channeling their dynamic sound and combustible energy into their electrifying performances on stage.