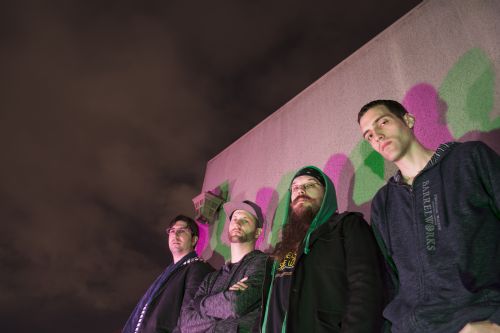 Most of the members of garage/punk rock band The Won’t (Lucas Fackler on lead guitar, Zac McDiarmid on bass, and Abe Gearig on drums, with all doing backing vocals) met each other in Northwest Ohio, but a move to Los Angeles solidified the band line-up to include Adam Havick (originally from New York) on lead vocals and guitar.

Inspired by smaller label, authentic punk music and immersed in the punk rock culture that emanated from the Detroit region, The Won’t have carried their passion for grassroots music to L.A. The band has been making deep ‘n’ raw music for over a decade in a city that can be superficial and ephemeral.

The Won’t create music that they hope will resonate with listeners in a positive way. They’ve been working with A-List Records, a company that specializes in music for television and film.

While creating traditional punk songs are at the core of the band, they’ve also posted some fun stuff to their Instagram for those with short attention spans (or not much time on their hands), like 60-second cover songs and more. Check all that out at: https://www.instagram.com/thewontband

Rebel Noise is stoked to host the premiere of a performance video for The Won’t latest single, “Bangity Bang Bang”. They rip through the tune with zippy efficiency, recalling the kicky spunk of legends Bad Religion.

The video showcases what the band does best – play no-frills punk rock ‘n’ roll. Close-up shots of the members playing their instruments and singing are mixed with longer distance views that feature most of them in one frame. The setting looks to be inside of a garage, with the closed coruscated metal door being the backdrop for the band’s winning performance.

The Won’t describes the track as, “having a touch of musical ADHD. The lyrics bring attention to the current crisis of over-prescribed and abused prescription drugs in America and social pressure on today's youth. The drug companies’ main interest [seems to be] to make more and more profit, and to them that means pushing prescriptions regardless of the consequences. There are alternatives for someone who needs help, but unfortunately greed and the promise of a quick, easy fix seems to be trumping everything else.”