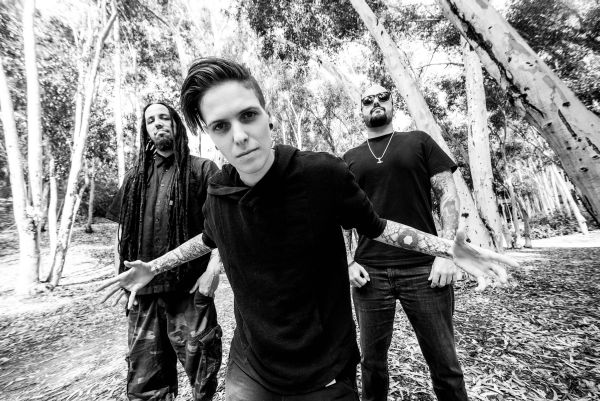 LA-based metallic hardcore outfit Matriarchs blow it all away on an explosive performance video.

Los Angeles-located metallic hardcore band Matriarchs are gearing up to blast out their upcoming second album, Year of The Rat, which was written in lockdown during the first wave of the pandemic. The LP is due on October 16th through Upstate Records,  KnucklehedzInc, and Blood Blast Distribution.

The outfit rose quickly in the LA hardcore music scene, playing national festivals and going on two tours. They released debut album Scandalous Jointz, which was produced by Nick Jett of Terror and mastered by Matt Hyde (Hatebreed, Deftones), via Eulogy Records in 2015.

Matriarchs took a break soon after to take stock of their purpose as a band, and in 2018 they parted ways with Barthel. With renewed focus and energy, they tapped guitarist Carlos Pagan to bolster their already dynamite sound. And early this year, during the full swing of the pandemic, they met with and added vocalist K Enagonio to the lineup.

This fresh blood has done wonders for Matriarchs, including joining forces with Jeremy Valentyne and Brandon Wolfe to produce Year of The Rat. Currently the band consists of Enagonio on vocals, Pagan on guitars, and Levi on drums.

Rebel Noise is stoked to host the blazing performance video for the raging single “Bomba Clot”.

She growls out stark lyrics about severing ties with toxic relationships and thoughts (that are like a virus), and taking control of your own destiny. She rants, “I was always in my way,” but comes to the realization that, “All that I was was a pessimist / All that you were was an emptiness” and … “You are the enemy / I am the antidote.”

Enagonio drops some details about the song, revealing, ““Bomba Clot” is a song about getting in your own way. We are our own biggest enemies when it comes to succeeding and progressing forward and I wanted to write a song that reflected this. I feel like I'm always getting in my head about not working enough or not moving fast enough when it comes to my career as a vocalist and even as a freelance videographer. I think this is a super-relatable song and I hope people get behind it.”

Pre-Order physical CD of Year of The Rat at Cold Cuts Merch: https://www.coldcutsmerch.com/collections/new-arrivals/products/matriarchs-year-of-the-rat-cd