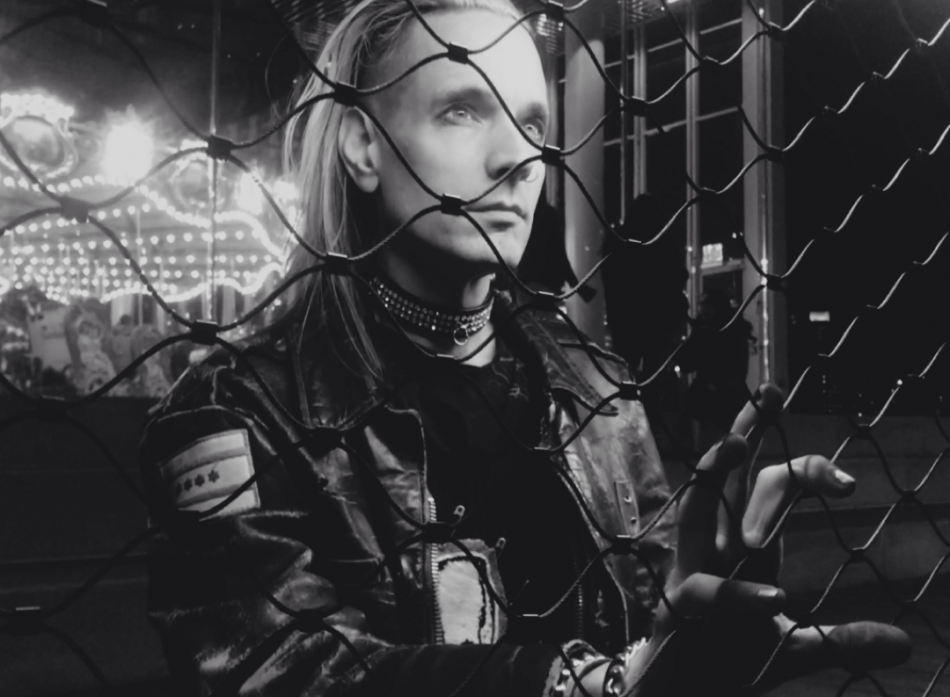 NYC-based rock music veteran Andee Blacksugar will soon be releasing his first of three albums this year under the moniker Black Sugar Transmission. The long-running project is usually a collaboration between Blacksugar and other artists, but this time around he went the solo route.

Titled Wandering Into The Bullseye, the LP will drop imminently. The songs on the record mostly tackle our daily social media diet of outrage, fear, and ignorance – and how it poisons our minds and divides us from each other.

Ahead of the album coming out Rebel Noise has the pleasure of unveiling the video for the noir and catchy track “Don’t Blame The Horse.”

The saturated black ‘n’ white-filmed clip was created by Blacksugar and HYPNODOLL and features Blacksugar on shadowy city streets lit up by glowing lights and performing at the mic.

The video of Blacksugar is interspersed with a variety of other footage, mainly from vintage Western movies, but also other flicks where the images on screen match the lyrics of the song.

As Blacksugar sharply exclaims, “Don’t blame the horse / ‘cause you wandered off course” (A commentary on the current socio-political mess we’re in, perhaps more about an individual’s struggle with staying focused/true to him/herself?), electronic buzz and jagged guitar lines cut through the punchy industrial beat.

Blacksugar has been a fixture of the NYC rock music scene for a while, and is known as the guitarist in industrial titans KMFDM. He’s also been a touring guitarist for Peter Murphy and appears on noise outfit Body Stuff’s upcoming Body Stuff 3 EP.

Influenced by greats like Nine Inch Nails, Jane’s Addiction, and Prince, Blacksugar combines the starkness of post-punk, heaviness of industrial music, the blaze of rock guitars, the cool tech of electronics, and pop infectiousness on his songs as Black Sugar Transmission.

Wandering Into The Bullseye will be available at the Black Sugar Transmission website and Bandcamp: