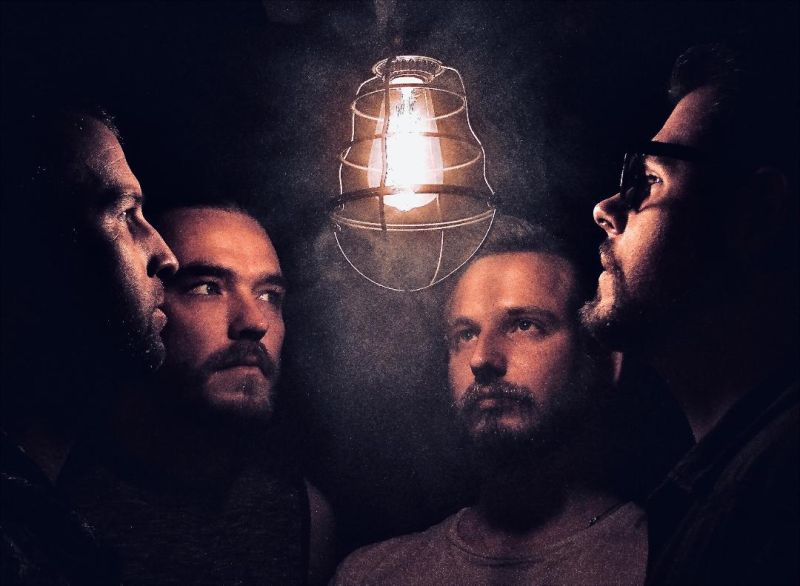 Washington, D.C.-based heavy alternative rock band Cursor released their latest EP, the intense, dark, and dynamic Pharos, at the end of this past December.

The EP was written and recorded in Richmond, Virginia with Will Beasley (The Dangerous Summer, Turnstile, Asking Alexandria, Flight Club, Dead Friends) during the 2020 pandemic.

As such, it’s a visceral reaction to the virus-driven turmoil that has rocked the world to its core. The record follows up their debut Seeking Connection EP from 2018.

Luke delves into the meaning behind Pharos, commenting, “The EP is named after the Lighthouse of Alexandria, one of the seven wonders of the ancient world and was one of the tallest man-made structures of the time. It was a light in the darkness that helped lead ships back home in Ancient Egypt.”

“During 2020, I felt like there was so much doubt and uncertainty in the world that making these songs with my friends was the light guiding me through and giving me hope. The record is symbolic of that year for sure.”

Rebel Noise is stoked to host the premiere of the powerful storytelling and performance music video for the socially relevant, emotive, and restless track “Ghost Mountain.”

The video was shot by Luke’s brother-in-law in a church basement in Brooklyn, New York and with wreck’d productions in New Jersey in their Black Box theatre, and was edited by Luke.

The band explain the narrative that unfolds in the video for “Ghost Mountain,” stating, “Derek works with the evil teacher guy in the video, and the kid in the video is actually the teacher’s son.”

“We wanted to create a video that plays off of the song’s lyrics of “Control, Manipulate, Assimilate” and the imagery that ‘ghost mountain’ conjures.”

“We love the horror genre and superheroes, so we wanted to kind of blend the two worlds with a Matrix-meets-a-They Live sort of vibe.”

“The kid has special powers and is kidnapped by the evil Mr. Smith-looking dude, [who] is trying to control and manipulate the kid to use his powers.”

“The kid eventually escapes and he is able to find a stone that summons us as the inter-dimensional beings that come to save him.”

“That is the surface meaning of the video, but the song and lyrics can really speak to the indoctrination that we all face with the media and the educational system.”

Warning: Some scenes have a strong strobing effect that may impact photosensitive viewers:

Cursor recently won a WAMMIE for Best Hard Rock Album this year, are playing local shows, are set to be part of the Blue Ridge Rock Festival, and reveal, “We have lots of new songs in the works and hope to get back in the studio soon for the next record and continue this journey.”