Video Premiere: “I Behold” by Soaware 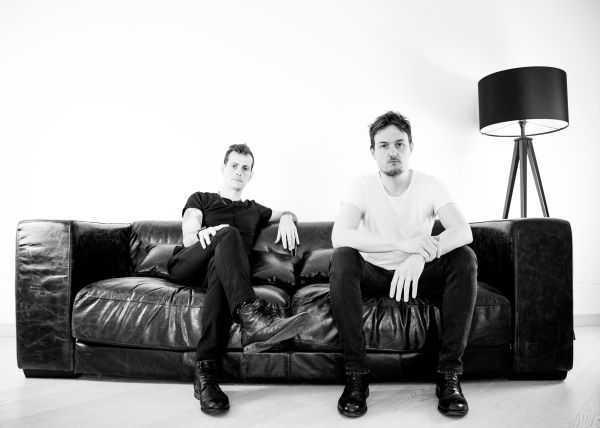 Italian alternative/synth-rock band Soaware amalgamates heavier ‘90s grunge sonics with swirling ‘80s-related synths scintillation on their music. Their debut self-titled album is coming out soon and ahead of its release, Rebel Noise is psyched to host the premiere of the video for “I Behold” from the LP.

Soaware is the end result of core songwriters Damiano Bessi and Emanuele Grazioli joining forces. They had first walked on the same musical path back in 1999 when they were both playing in the band Mad Cobol. After leaving that act and performing in different groups, Bessi and Grazioli reunited to form Soaware in 2015.

Soaware was developed over the course of three years and features 11 relevant and resonant tracks. Bessi and Grazioli are both showcased as songwriters, instrumentalists, and producers of the album.

They conjure up mysterious and vaguely menacing moods on their music, focusing on emotions instead of specific narratives. The foreboding “I Behold” is case in point. The song begins with stark, burgeoning atmospherics that recalls some of Peter Murphy’s work – all baleful vocal unease and sharp guitar strikes.

Soon the darkly opaque veil is drawn away and heavier guitar growl paces through the track along with a determined marching drum tempo. A keener, circling guitar line rises above the fray as the winding vocal exclamations keep the listener on edge.

The video itself features a young woman who is filmed from a lower-positioned, upturned camera that gazes at her giant, overpowering image. Her face and body are set against a blue sky and white clouds, but that all changes as she begins walking around.

Suddenly images of feathery angels’ wings and brewing storm clouds sweep in and she dons raingear to fend off the extreme weather. As the skies clear, the woman changes into a casual summer shirt and sunglasses, drinking a red beverage.

But all is not well in relaxation-land. Looming, blood red-tinted clouds and things with black batwings swoop in. She tries to run away from calamity, but even if she escapes now, chaos may always be lurking around the corner…

The band members explain, ““I Behold” was born thinking about human experiences, one of our favorite topics. People need to believe in something and to follow a dream. It is important to be stable. We have to draw our path in order to give sense; a reason to live.”

“It could be [from] our job, family, sex, religion, or our passions. All those things have something in common: we can lose them, and if this happens, we are lost and the pain and the sorrow could be really hard to bear.”

“The incredible thing is that often human beings are accustomed to pushing forward, and often not because they believe they can achieve their goal, but simply because they can't change their ways. They can't imagine their life in a different way. Right or wrong? Are they tough or [just] blind?”