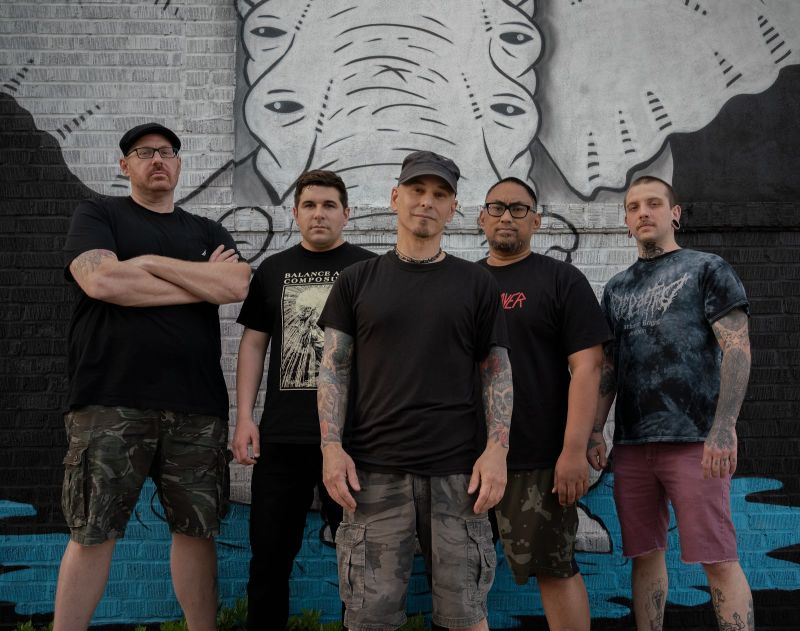 New Jersey-based long-running hardcore music outfit Silence Equals Death have been raising their collective voice against the atrocities that humans have inflicted upon each other and upon our planet.

Unable to stay silent in the face of social injustice and human/animal rights violations/suppression, the band members are unleashing their latest potent single, “Killing Floor,” and its accompanying lyric video.

The track comes from their next album, I’ll See You On The Other Side, which arrives digitally and on CD September 10th via Upstate Records.

The LP will feature a slew of new tunes and a remixed and remastered version of their 2020 anthem “Revolution Rising.”

I’ll See You On The Other Side can be pre-ordered at: https://www.upstaterecordsny.com/silence-equals-death

Rebel Noise is stoked to host the premiere of the relentless “Killing Floor” and its relevant lyric video today.

The menacing track lurches with fiery and jagged guitar riffs on the verses, then bursts out with careening speed-metal force on the chorus sections.

The deep-end bass line follows suit, adding weight to the guitar burn, while the propulsive drum strikes and restless cymbals crash keeps the song as agitated as the unsettling lyrics.

Vocalist Scott Earth’s frustrated exclamations shoot through the music with ferocious determination as he rails against corrupt and broken systems that have been built on the backs of the powerless.

Earth explains the different themes of “Killing Floor,” revealing, “A dual meaning [can be found], looking at the world of exploitation of animals in slaughterhouses and humans working in dire conditions of sweatshops. The world cherishes convenience over compassion in many instances and none are more glaring than these two.”

“As a vegetarian for 22 years and an avid human and animal rights advocate I feel more people need to stand up to this type of injustice instead of following the status quo of complacency.”