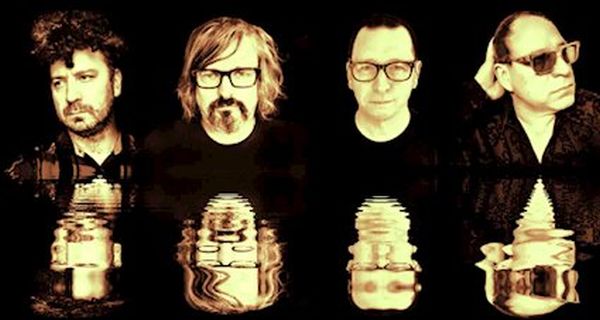 LA-based psych-rock band Tombstones In Their Eyes unveil a starkly animated video for a restless single.

Los Angeles-located psychedelic/stoner/desert rock outfit Tombstones In Their Eyes have been plying their atmospheric, heavy, tumultuous, and dreamy rock style over the past several years, releasing a slew of singles, EPs, and albums – and also many demos on SoundCloud.

Rebel Noise is stoked to host the premiere of a starkly animated music video for the restless “Silhouette,” a standout number from the LP.

Once a four-piece, Tombstones In Their Eyes member Mike Mason has departed and John Treanor (vocals, guitars, keyboards), Stephen Striegel (drums, percussion), and Josh Drew (bass) now carry the torch for all-things hazy, heavy, and absorbing, using densely textured shoegaze guitars and wandering melodies to cocoon the listener in a state of suspended (and/or kinetic) animation – or pull said listener into the deepest recesses of (inner) space.

“Silhouette” is one such composition that explores the dark territory of the mind, spiraling out unhurriedly with a weighty, drawn-out pace, mightily burning and echoed guitar reverberations, low bass line vibrations, determinedly pounded out drum strikes, and repressed, but still passionate emotional angst.

The music video for the resmastered track is spare, but involving, effectively conveying the feeling of isolation and unease of the song through the use of black ink-based hand-drawn animation, with images appearing out of a few pen strokes, sometimes as thin outlines, and other moments as noir blots that form thick shapes.

In direct relation to the lyrics, a line-drawn human figure is seen sitting in a chair with its movements changing over time as it wrestles with roiling inner turmoil.

Suddenly a big pool of black ink materializes and becomes the figure’s silhouette, trapping the human in its dark void.

A litany of flitting images follows one another, representing the active mind of the individual – until finally the viewer sees the human and its silhouette become one, then morphing into images that look like they come from a psychologist’s Rorschach test… It’s quite the visual – and head – trip!