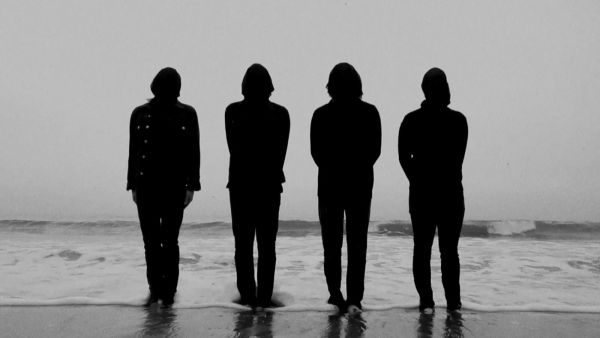 Through epic, restless, energetic, and heavy to dreamy soundscapes, guitarists Shawn Doster and Kevin Cogill conjure up the magnitude, grandeur, brutality, and mystery of the natural world set against the insignificance of humanity in the timeline of the universe.

The band have recorded one of their live performances, at the Five Star in downtown L.A., to chronicle their captivating shows. Song cycles focus on destruction and regeneration, a continual cycle of life and death that is channeled through their ponderous, somber, and weighty music.

Doster and Cogill are life-long friends who are originally from Philadelphia and who have been playing together since they formed crust-punk group Under Rage as teenagers.

Rebel Noise is stoked to host the premiere of the video for “Vaalbara,” taken from their Live at Five Star performance.

The song comes from the Albion EP and has a narrative that takes place in ancient times. “Vaalbara is one of the early supercontinents like Pangea,” Doster explains. “That song happens long before humans appear. And Albion is the first known name of the isle of Britain - there’s a prehistoric feel to the music.”

It’s a focused performance that showcases Goliathan’s commitment to foreboding and spellbinding music, where the story is told through the language of intense compositions and the passionate playing of instruments.