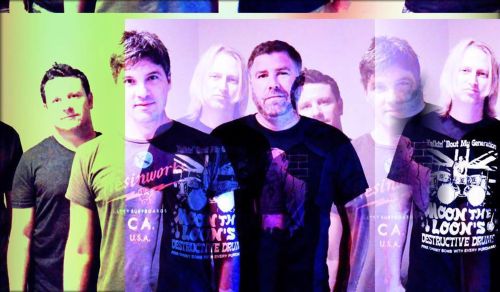 The indie rock band drops a lyrically socio-politically relevant video for a track off their latest LP.

Rebel Noise is pleased to host the premiere of a new video for “Tunnel Vision”, a lyrically relevant track off Daylight. The song lyrics are specifically about social disconnect between individuals. It’s a universal problem that can be extrapolated to the extremely divided and polarizing nature of the current U.S. political landscape.

Alex sings with a touch of regret, “Now we’re just movin’ on / two steps back.” and “Our direction’s wrong.” It’s hard not to hear these lines and apply it to the destructive and backwards words and actions of Trump and his administration and those that follow him blindly.

Alex also brings up the point that, “This hopeful wishing / doesn’t get anything done.” The public – yes, us – those who read this, and so many others – need to take lawful and appropriate action to remove the divisive, belligerent, bullying hate-, lies-, and fear-spewing, discriminatory dictator now occupying the Oval Office.

His and his cronies’ narrow, ignorant, and isolationist views and dismantling of protective and beneficial laws and regulations are decimating our planet and destroying lives, from exiting the Paris Treaty and rolling back laws to keep emissions and other pollutants in check, and enacting policies that keep the 1% wealthy while the rest of us get nothing (or lose money!) to instituting laws that relegate women, LGBTQ, and racial and ethnic minorities to second-class citizens overseen by the Dark Ages patriarchy to targeting immigrants and tearing apart families.

It’s time – it’s past time, really – to take action and change the U.S. and the world for the better. One way is to make your voice heard in the polls and VOTE!!

Moving on to the video for “Tunnel Vision”, it features a lively performance by the band. It’s shot in stark black ‘n’ white, but the visuals are gone over so that they have a graphic design vibe to them. Images of a tunnel swiftly streaming by and a train speeding across the screen are superimposed upon the band’s performance. Take a look – and especially, listen – below:

Reverend Peyton Wants You In Their New Video