Wake up! Time to vote! 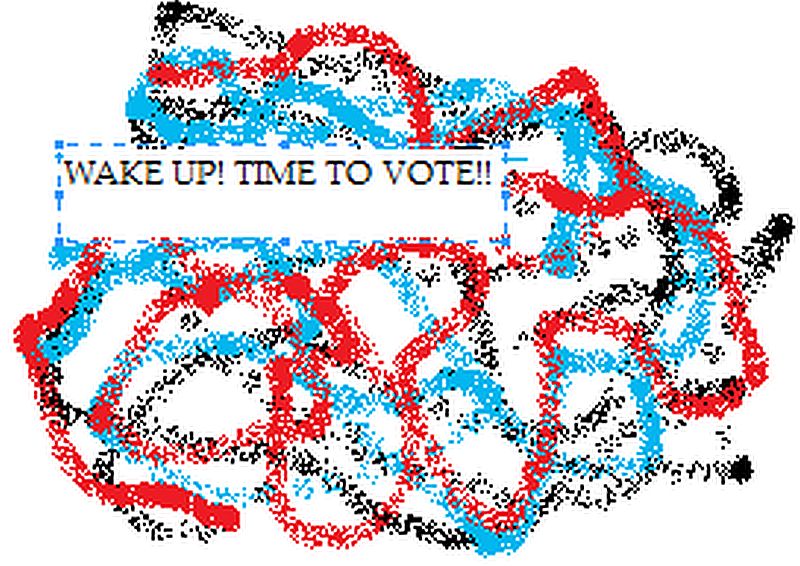 The gist is that it’s now more imperative than ever to vote in every election to save our democratic nation, The United States of America.

Apologies for that spin on the Blade Runner line, but these days it’s difficult to come up with an attention-grabbing headline amid all the sensational and horrible news that’s being paraded in front of our eyes…

So the gist is that it’s now more imperative than ever to vote in every election to save our democratic nation, The United States of America.

Our democratic rights, the very foundation of our country, are being eroded by many of the politicians that we have put in power.

Yes, whether you actually voted to put Republicans in office, or just didn’t vote at all, you have enabled them to change the laws of the land to reflect what they stand for and against these days.

The egregious ruling by the conservative/Republican-led Supreme Court to overturn Roe v. Wade is a chilling harbinger of what’s to come if we don’t vote for politicians who will uphold our human rights.

Extremists in the Republican party are leading the unconscionable charge, to undermine all that the United States as stood for since its inception, spurred on by religious evangelists, anti-government conspiracy theorists and so-called ‘patriots’, various hate groups, believers of ‘fake news’, the rich/big business (at least those who are not philanthropic), and more.

Those of us who don’t vote at all to stop Republicans from being elected to office are also culpable.

Our eyes should be wide open by now to the harm that can be inflicted when politicians enact laws that restrict or outright outlaw our human, civil, and individual rights.

And as the overturning of Roe v. Wade and the subsequent outlawing of abortion services in several Republican-led states show, Republicans are willing to go against the will of the public. A majority of us believe that women should have access to abortion and women’s reproductive services, yet Republican governors are now limiting or banning abortions in the states they supposedly represent.

This consequential Supreme Court ruling shines a glaring spotlight on the fact that every vote matters, and that it is critical to vote in every election, no matter how small or local, so the U.S. doesn’t become an autocratic, dystopian, and repressive society.

Now is not the time to be apathetic or fed-up with our government. We may be disillusioned and depressed, but we need to keep fighting (this word is used figuratively, not literally here) for our rights by using the power of the vote.

We need to vote for politicians who have our best interests at heart and who will protect and push for everything that Republicans in office stand against: human, civil, and individual rights including, but not limited to women’s rights, racial/ethnic rights, LGBTQ+ rights, senior citizens’ rights, disability rights, poverty/economic inequality rights, consumer rights, and environmental rights.

While there doesn’t seem to be a middle ground in our partisan nation, there are some basic tenants that all Americans theoretically should/do believe in: a country where we are free to live our lives protected by the written, and unwritten, rules of society; where we and future generations can get an education, work, and engage in activities without fear for our personal safety in all respects.

The Republican party needs to cross the divide much more than the Democratic party to achieve those goals, and since this doesn’t look likely based on the entrenched and behind-the-times stances nearly all Republican politicians are taking, it’s up to us, the American people to vote for politicians who will actually establish and defend rule of law that benefits us.

All 435 seats in the House of Representatives are up for grabs, as well as 34 seats out of 100 for the Senate.

And all elections are essential, so make your voice heard! Make your vote count, whether at the local, state, or federal level!