Born as Christene Cervenka, Cervenka was raised in Illinois and Florida before moving to Los Angeles in 1976. In 1977 she met musician John Doe at a poetry workshop at Beyond Baroque in Venice, California, and founded X.[1] They released their debut album, Los Angeles, in 1980 and, over the next six years, five more critically acclaimed albums. As of late 2011 she has continued her career with X as well as in solo performances and participation in bands such as The Knitters, Auntie Christ and The Original Sinners. 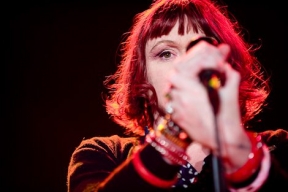 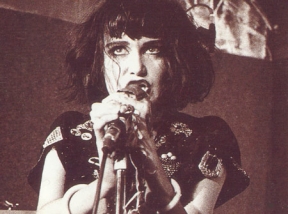