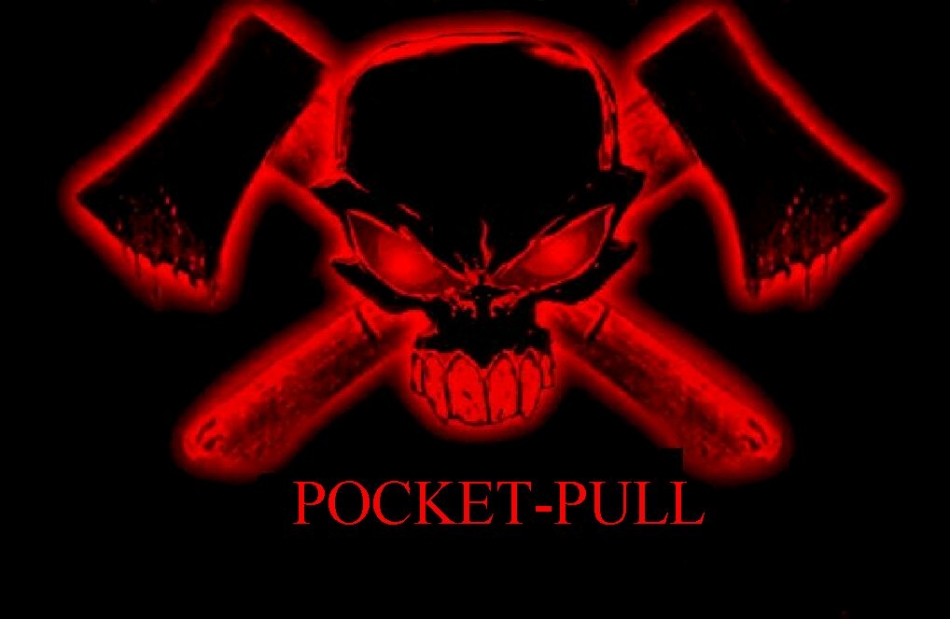 On April 4th 2003 Egghead-8 answers one out of a dozen want ads seeking a vocalist. He would speak to guitarist Liver, who ironically enough, knew a little something about PSYCHOSEXUALS. The two would make plans and get together in Santa Ana with drummer Keith. Keith runs a family owned business and rehearsal would take place right there and then, in the warehouse.

Anyway, Keith had a solid beat and aparently heâ€™s been playing for some time. The three spoke at length concerning band issues, the dos and donâ€™ts of performing live etc. while being a little apprehensive at first, the three decided this would be a go. After four or five rehearsals, Keith would decide that this was not for him and move on to look for something more rock & roll. Still seeking a drummer, Liver and Egghead-8 would find the perfect name for this insain circus of a band, The Great & Powerful Bunslammers! This name of course would later change to POCKET-PULL.

After A few more flakes, Liver was able to get a hold of Drummer Shawn and bass player Mike. Mike actually knew a little something about Egghead-8 through a mutual friend Andrew from Staring Problem. The four set up a practice and by the end of the set, these guy's would join the band. Shawn has a nice hard beat and seems to know his way around his drums. Mike, A little slow at first, but once he gets going, it's the shit.

Now with everything in place, this band is ready to explode on to the scene and i do mean explode. "We will do whatever we want to do whenever we want to do it" and you will not be disappointed. So grab a hold of your nut sacks and prepare yourselves for…...POCKET-PULL