Following the release of Having, Anna-Lynne Williams of Trespassers William has been branching out in new musical directions, beginning with her first solo album, China Mountain, released under the project name Lotte Kestner. A world apart from the reverb-rich landscapes characteristic of Trespassers William, Lotte Kestner strips down to the bare necessities, leaving the lyrics and melodies exposed. On most songs, the only ingredients are Anna-Lynne’s intoxicating voice and her acoustic guitar. The appearance of drums, bass, keys or electric guitar are either minimal or completely absent and, to tell the truth, they are not missed; it’s as though we are hiding behind a curtain in Miss Williams’ headspace overhearing her musical thoughts at the very moment of their birth, uncomplicated by premeditated arrangement or post-production.

SM: CAN YOU TELL ME A LITTLE ABOUT THE CURRENT AND UPCOMING MUSIC PROJECTS YOU ARE WORKING ON?

AW: With my solo album recently released, and with a Trespassers William EP on the way in a few months, I’m in that difficult first-stage-of-the-next-thing. I’m working on several songs but I’m not sure which project they belong to at the moment. That’s the only problem with being a songwriter with multiple projects. I’ll be on tour playing with my friend’s band, Anomie Belle, for the next month, and after that I plan to work with Matt on a new Trespassers album, as well as some other collaborations that are in the works.

SM: WHOSE MUSICAL TASTE DO YOU MOST ADMIRE AND WHAT BANDS HAVE THEY TURNED YOU ON TO?

AW: All of the people who’ve ever played in Trespassers William have introduced me to some interesting bands. When Matt and I first started writing together in the ‘90s, he really filled in the gaps of the 4AD catalog for me. I remember him playing me Excerpts from a Love Circus by Lisa Germano, who remains my favorite female artist to this day. My brother probably had the biggest role in shaping my musical tastes, since he had a 10 year head start on me. He got me into The Smiths and Grant Lee Buffalo and Elliott Smith, and tried to talk me out of obsessing over U2.

SM: HOW DOES ONE OF YOUR SONGS TAKE SHAPE FROM BEGINNING TO END?

AW: I’ll either be struck by a particular nuance of human relationships, and maybe have a certain couplet in mind to embody it, or else I’ll see a movie that makes me aware of a certain kind of pain or beauty. I’ll then pick up the guitar on numerous occasions and just start humming until I find something that fits the mood of the words I have in mind. Sometimes it’s immediate, and sometimes I won’t find the right melody for weeks. Since I usually just write on an acoustic guitar, and one of two time signatures, with the basic series of chords, I put a lot of pressure on myself to find a melody that I really love, that will make up for the simplicity of the way that I play music.
Before I get too used to the song, I usually go straight to recording it at home, a track of guitar, a track of vocals. And then the rest of the song (if there is a rest of the song) takes off from there. I don’t spend as much time on the performances, most of them are first takes, they tend to feel the best. The labor-intensive part of the process is writing the lyrics, and then mixing all the levels of the recording and adding little bits at the end. There are a lot more tracks than it sounds like. 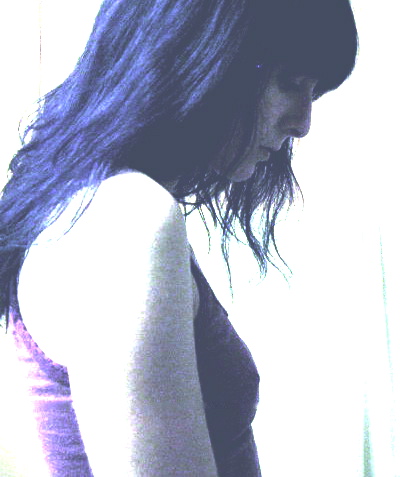 SM: WHAT IS THE GREATEST POTENTIAL DETRIMENT TO THIS CREATIVE PROCESS?

AW: My fingers getting tired… or ProTools crashing. I’m about to get a new computer, and reinstall ProTools. I think my old version had a bug. Or if one of my neighbors starts a load of laundry, the 414 picks that up and I have to wait it out.

SM: CORRECT ME IF I’M WRONG, BUT I HAVE HEARD YOU MENTION PREVIOUSLY THAT IT’S UNLIKELY YOU WOULD GO ON TOUR AS LOTTE KESTNER BECAUSE BASICALLY THE RECORD IS ALL YOU, SAVE FOR SOME GUEST APPEARANCES.  SO MY QUESTION IS, IF YOU HAD SEVERAL CLONES OF YOURSELF TO SING BACKUP AND PLAY OTHER INSTRUMENTS, WOULD YOU GO ON TOUR WITH YOURSELF?

AW: That reminds me of performances I’ve seen of Imogen Heap, doing some complicated live looping and ending up with the most amazing choir of Imogen Heaps. But while one of the great pleasures of recording for me is to be able to layer upon my own voice, I think the purpose of playing live is to collaborate with artists who are not myself. To be able to pause on stage and listen. Those moments are important to me. I might eventually play solo shows, in which case I would probably use some samples or loops of myself, but that’s not my primary ambition.

SM: IN RECENT YEARS YOU HAVE BEEN WORKING MORE AND MORE WITH OTHER ARTISTS OUTSIDE OF TRESPASSERS WILLIAM.  WHAT WAS ONE OF THE MORE ENJOYABLE COLLABORATIVE EXPERIENCES YOU’VE HAD?

AW: Jeff Martin of Idaho added parts to one of the songs on my solo record, and I loved what he did so much that I made two separate songs out of it. I took my lead vocal and guitar track out and mixed a reprise that featured his piano playing and voice more. I also got to spend some time in Texas this summer, to sing on John Grant’s first solo album in Midlake’s studio. That’s the most fun recording experience I’ve had because it wasn’t via email and wasn’t rushed, and his voice is amazing to sing with. And they were recording everything on analog which isn’t what I’m used to.

SM: OUT OF ALL THE ARTISTS WHO HAVE MIXED YOUR SONGS, EITHER IN A COLLABORATIVE OR REMIX SENSE, WHICH OF THE FINAL PRODUCTIONS OF THE SONGS SURPRISED YOU THE MOST?

AW: Dave Fridmann mixed Having, and his strong perspective and unusual gear made the songs really multi-dimensional and lush. I like to listen to that album more than any other I’ve written the songs for, because he did so many interesting things that even I still haven’t heard all of the elements.

SM: IF YOU COULD COLLABORATE WITH ANYONE, WHO WOULD IT BE AND WHY?

AW: I really want to write songs with a male songwriter. I have worked with fantastic instrumentalists, but I’ve never gotten to co-write the lyrics and melodies for a project with someone else, and the male voice appeals to me. That’s high on my list. Sergius Gregory and Robert Gomez are two of the artists I’m planning on working with this year, both of them write music that really inspires me.

SM: I KNOW YOU ARE AN AVID READER OF CLASSIC LITERATURE AND THAT IT SOMETIMES FINDS ITS WAY INTO YOUR SONGS.  CAN YOU GIVE SOME EXAMPLES OF PAST LITERARY INFLUENCES ON YOUR LYRICS?

AW: Novels are so important to me, they’re probably my favorite of all the creative mediums, and occasionally I’ll make reference to one. But usually it’s a slight nod, not that I would write a song about a character or situation from a book. Although the song “I Don’t Mind” is rather personal, I was also making reference to Mildred from Of Human Bondage who exasperates the main character by never saying anything more passionate than “I don’t mind.”  One of my new songs alludes to The Princess and the Pea, but I am somewhat obtuse with my lyrics so I only refer to “something under the mattress that somebody else hid.” And the most overt literary allusion is that I named my solo project Lotte Kestner, the girl who inspired Goethe’s first novel.SM: YOU AND I WERE TALKING RECENTLY ABOUT FEELING FORTUNATE TO BE IN THE RIGHT PLACE AT THE RIGHT TIME TO HEAR OR SEE SOMETHING REALLY SPECIAL.  CAN YOU TELL ME ABOUT A TIME WHERE YOU FELT THIS WAY?

AW: While I was in Texas, I talked John Grant into giving me a private concert at the house where we were staying. It took a little coaxing, but once he started at the piano there was no stopping him.
And every time I’m around my niece and nephew, something adorable happens.

SM: LASTLY, WHAT IS THE MOST BEAUTIFUL THING/PLACE YOU HAVE EVER SEEN THAT LEFT YOU COMPLETELY WITHOUT WORDS?

AW: I guess I have Texas on the brain… but the first thing that comes to mind is the bat bridge in Austin, on Congress Ave. In the hot months, hundreds of bats live under this bridge over the river, and at the same time each night they all fly out to feed on insects. They move so fast that you can hardly see them in the dark. We stood for a whole half hour and said very little. It’s like the air fills with black ghosts. Maybe I shouldn’t think that’s beautiful, because I can’t stand to see animals eating other animals on the Discovery channel, but there was something hypnotic about them darting about beneath our feet.

Sarah Musi is a freelance illustrator and laptop musician from Seattle.  She recently completed her first graphic novel, Anna, with writer Isaac Marion and is currently working on an illustrated book of Shakespeare’s The Tempest. For more information about Sarah, please visit sarahmusi.blogspot.com. 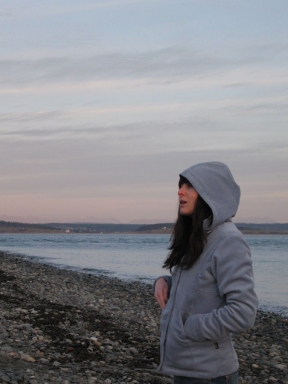 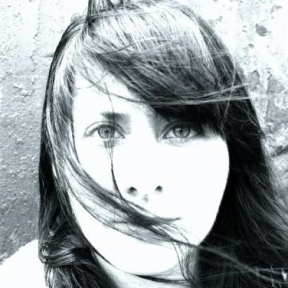 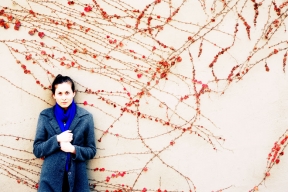