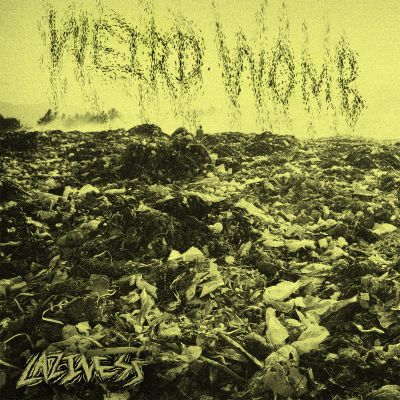 Heya Dakota, Johnny, Eric P., and Eric R.! I’ve heard “Pale Piss” and I’m oddly smitten with the video for it. I tried to find out more about Weird Womb online, but there seems to be an information void. What’s up with that? Are you all shy or just anti-social?

Thanks! We're all pretty over “Pale Piss” personally, but it's cool to know it's still getting plays, haha. That's strange that you had a hard time finding us online. We have a (shitty but functioning) website, Facebook, Twitter, individual Instagram accounts. Are you sure you didn't get lost in the Yahoo Answers questions about "Weird Wombs"?

Last year you released the “Ruined By The 90s” 7” and a “B-Sides” record, and you will be delivering your “Laziness” EP this September. Is it a self-release or will it be distroed through a record label? What can we expect from the EP? Nü-wave tunes, calypso music, or straight up rock ‘n’ roll?

“Laziness” EP is being released by Midriff Records. The six tracks were produced and engineered at Dream House Studios in Toronto by Alex Bonenfant, who worked on the last METZ record. Mike Tucci from Unstoppable Death Machines mastered it. Overall, you can expect better songs, with a much better sound quality. We also have new merch coming with this record.

If I compared your sound to “Blew”-era Nirvana (especially “Under My Scum” off the “B-Sides”), would you be pleased or cheesed off?

Nirvana was a much better band than we are.

In order of preference, how would you describe your sound? Punk, garage noise, thrash, or slacker?

You know, it's funny, because we've never really cared about what genre our music fits into.  Contemporary genre descriptions have always been kind of a joke in our band. Our "genre" changes depending on which magazine or blog is writing about us. We get labeled garage-rock and grunge-punk a lot depending on the show. I think a blogger even described us as scuzz-punk once. We're whatever you want us to be, bro. We just want free Budweisers.

I find the video for “Pale Piss” to be extremely entertaining in a way I can’t even describe (and I usually do decent descriptions). I love how you all keep a poker face on until the very end of the video. How difficult was it to shoot that video? Can you do deadpan stares for days or did you crack up tons during the shoot?

If you haven't gathered by now, we don't exactly take ourselves seriously. Our practice times take forever because we're all too ADD and constantly have to remind ourselves that we're practicing and not just hanging out. That's where “Pale Piss” came from. We set up a simple stage with some lights on the top floor of our studio building and tried a handful of ideas with our director Eric Sanders. It didn't take long before we realized we can't make a serious video, so why not poke some fun at that? It was fun as hell and we definitely couldn't keep straight faces. 8 hours and 6 cases of beer later, we had ourselves a video.

Eric P., you’re not only known as the Weird Womb drummer; you also had your hand in mixing, mastering, and/or recording the band’s 2 records. What is it like to have your fingers in so many pies? Is it a snap to handle it all or do you need a helping hand?

The long serious answer is that Weird Womb rehearses in a space in Bushwick called Vacancy NYC. We all had a hand in starting this collective, and built out the rehearsal space to have modest recording capabilities. We usually feel awfully rushed and pressured in normal studio environments, so it was a no-brainer doing our first 2 records on our own, for free, even with my limited recording experience. It was a lot of work to get a decent sound, especially with our lack of recording gear, but it worked for Weird Womb’s unpolished live aesthetic.

The short answer is that I love pie and needed lots of hand jobs.

Going back to your videos, what the hey about the NSFW “Tanned Tits”?! I guess I should have realized something was up based on the song title…But no, I innocently started playing it at work on my lunch break with my boss next door! I’m amazed it’s still up at YouTube, what with all the motion of the ocean commotion (both visual and aural)! Were you involved in the making of this video at all?

We've actually had a few people complain about watching the video at work not knowing it's "NSFW", haha. Isn't the first clip you see before pressing play Jay in her bra? Anyway, Dakota got the idea from a scene in Terminator, where Sarah Connor's friend is getting boned out by some loser and it's so boring that she puts on headphones. We produced the video pretty quickly, casting two of our friends who are actors, Jay Adana and Ross O'Farrell. Eric Sanders directed and Eric P. co-directed and we shot all the scenes in about 3 hours.

From what I could glean online, you’re all originally kids and besties from Tuscon, AZ and migrated to NYC, Brooklyn locale to be exact. What’s the difference between being a Brooklynite and being a Tucson native?

Tucson is a really good city for artists because it's dirt cheap. A lot of our friends out there work pretty easy jobs and pay very little rent so they can afford to spend more time on their art. New York City is obviously more expensive, meaning we work more and play less. It makes our time together much more valuable though.

You'll get a little taste of Tucson with “Laziness”, since we're featuring a few talented artists on this next record. The album artwork was done by Patrick Foley, who runs a blog and clothing line called Carne and Queso. The merch for this release is being designed by a Tucson artist named N. Soala, who now lives in Brooklyn. Our first tour for the record is with Prom Body from Tucson.

So, I dunno, the name Weird Womb sounds more like a riot grrrl band to me. Why did you choose such a, ummm, weird name and is the point that you don’t have wombs, so that’s why you’re weird, or are you products of weird wombs (Sorry, don’t take offence, and don’t let your moms read this!)?

The last track of “Laziness” will answer that for you, but if you can't wait that long, dig through the demos and you'll see what I mean.

Interview with The Bastards of Fate 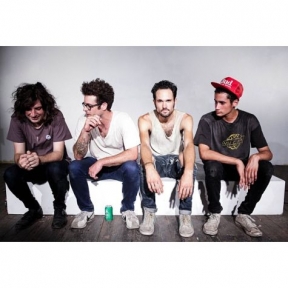 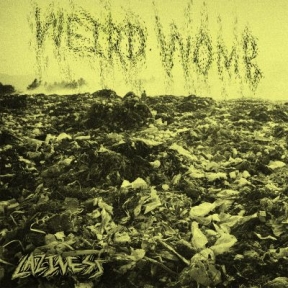