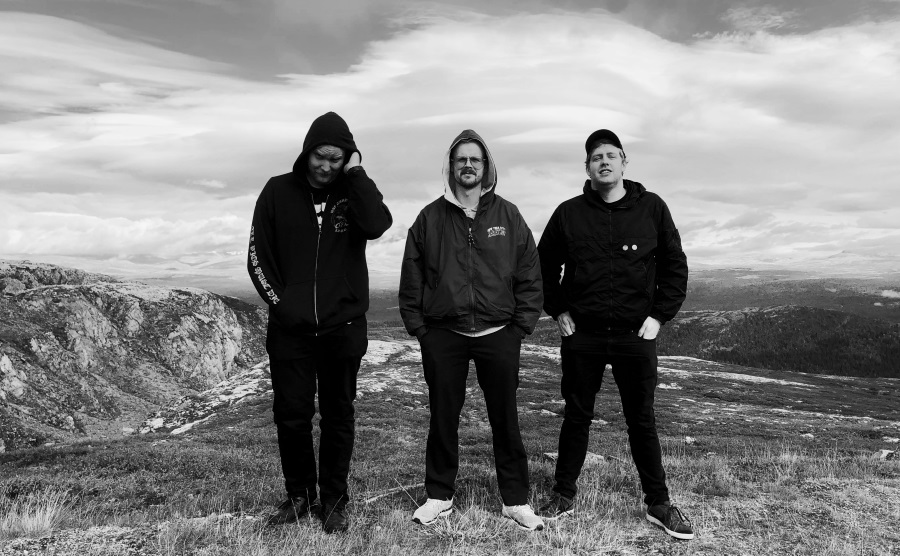 “Living in a remote place, far into the Arctic, with long, dark winters and eternal sun during the summer? It shapes you.”

Norway’s Die A Legend plays thick, weighty hardcore. The guitars sometimes sound like redwoods gripping earth and pulling skyward, aching to take the skylines back from civilization. The production on the band’s new effort, a five-song EP titled “Winning,” lends the guitar tone a lethargic quality. The EP captures an intensity, an energy, but those feelings are rounded by the fat around the middle. It sounds good.

A great example is “Bloodthirst,” a track that jumps in with no inhibitions. A desperate energy drives the song. Vocalist Rolf Rydeng keeps launching warnings—“You might think it’s over … Well, think again!” You feel solidarity with the band. You must. You want that warning to be directed away from you and toward some mutual enemy. “Winning” takes its victories by building a coalition between groove and restlessness.

Carl Christian Lein Størmer and Truls Norbye started Die A Legend in 2011. Then they recruited bassist and vocalist Rold Rydeng Jenssen and released a self-titled debut album in 2012. “Winning” is the band’s third release—and its first since 2013. Carl Christian Lein Størmer answered for Rebel Noise a few questions about the band and the new album.

What bands or musical artists first inspired you to play?

I can speak only for myself, but I think it follows a quite archtypical arc, starting out with AC/DC at the age of 7 and then gradually progressing into more and more obscure and harder-to-find (and appreciate) underground music—more specifically, music within the wide range of hardcore-related genres. And lots of other genres. But I think the common denominator is "underground"—as in, things you don't hear on the radio. One should always dig deeper. As for me, growing up in the 90s skateboarding culture, that was sort of a gateway into all of that. And I think the most formative years I had were during me teenage years, when most of the music that enlightened me came from snow- and skateboarding films—whether it be punk, hardcore, hip-hop, or whatever genre, really. I discovered Neil Young through Volcom's “The Garden,” damn it!

I was not familiar with your self-titled debut album. What has the band been up to since releasing and touring for that album?

We released our self-titled album in 2011 and went on to tour extensively for the next two years before releasing our sophomore record, “Progression Through Retrospection,” in 2013. And then we went on a sort of indefinite hiatus, except for the occasional random gig here and there, such as Umeå Hardcore Fest in 2016. We are all heavily involved in various bands and other means of expressing ourselves—I’m in filmmaking. But, for some reason, it made sense to return to the fold with “Winning” this year. And now we're talking of starting to work on our third full-length, with the working title, “Echo Chamber Music.”

What bands or artists influence you now?

I'd say one band that we are all enjoying thoroughly these days is Turnstile. Love that band. Truls and Rolf have been really into Iron Reagan the last few years. Apart from that, bands and artists in our own scene and surroundings inspire us every day—Kobol, Reptile Master, Cultmember, Oter, Kryp, Nord Mot Nord, and such.

I would like for you to talk about your sound. I have been listening to a download. How would you describe the tone and sound of your guitars on “Winning”? The rhythms are often fast and nimble, and the tone of the guitars sounds to me very weighted and sludgy. Is the sound on this EP the sound you hear when you play alone and practice? 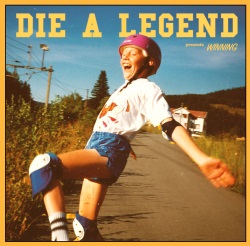 Good question. I don't know. When we mixed the album with producer Ariel Joshua, I think we were aiming for an "organic sound" as opposed to a more "metallic" or "produced" sound. The record was recorded live in a room, and we definitely wanted it to sound like just that. And I think we kind of succeeded. Jason Livermore did a great job preserving the organic feel in the mastering, too.

Your promotional material says the Tromsø hardcore scene was infamous. Please explain what quality lends the scene the quality of infamy?

The Tromsø scene was always very small and located at the fucking North pole, pretty much. And it went unnoticed for so many years. These days, it seems like people are catching on and realizing what has been going on for all these years. Hence, the infamy. What the fuck was actually going on up there? And why didn't we ever catch on? But, as we stated in one of the “Progression Through Retrospection” song titles, “One of these days,” people will get it.

Or not. Either way. We did our thing, and we keep doing our thing. And we invite anyone to pay attention.

Between the midnight sun, arctic night, and subarctic climate, you come from a region that is largely unfamiliar to people like me who live in the United States of America. Does the region and climate affect or influence your music? If so, how? Please correct me if you think this is overstating the difference.

I don't think there's a straightforward answer to that. It's more complex. First—of course, it influences us. Living in a remote place, far into the Arctic, with long, dark winters and eternal sun during the summer? It shapes you. As an individual. And, consequently, as a band. Then there's the cultural differences between the central parts of Norway and where we're from. And the outside world for that matter. We're born outsiders. Playing outsider music. In an outsider place.

But, on the other hand, as for myself, I was never really influenced by, say, traditional Norwegian culture or music. Never felt like I was a part of that. And we looked elsewhere for inspiration. Hence, our sound is definitely influenced by music from, for example, the States or elsewhere, while both being consciously and subconsciously shaped by our upbringing and surroundings.

We live in a strange fucking time. I don't believe art should offer clear-cut answers or solutions; it should make people reflect and form their own opinions. Both “Liars” and “Bloodthirst” reflect on current socio-political climates in the age of #fakenews, social medial guillotines, and a generally fragile state of the world “led” by megalomanic narcissists and populists. It's a crazy time, and one should not be oblivious to that fact.