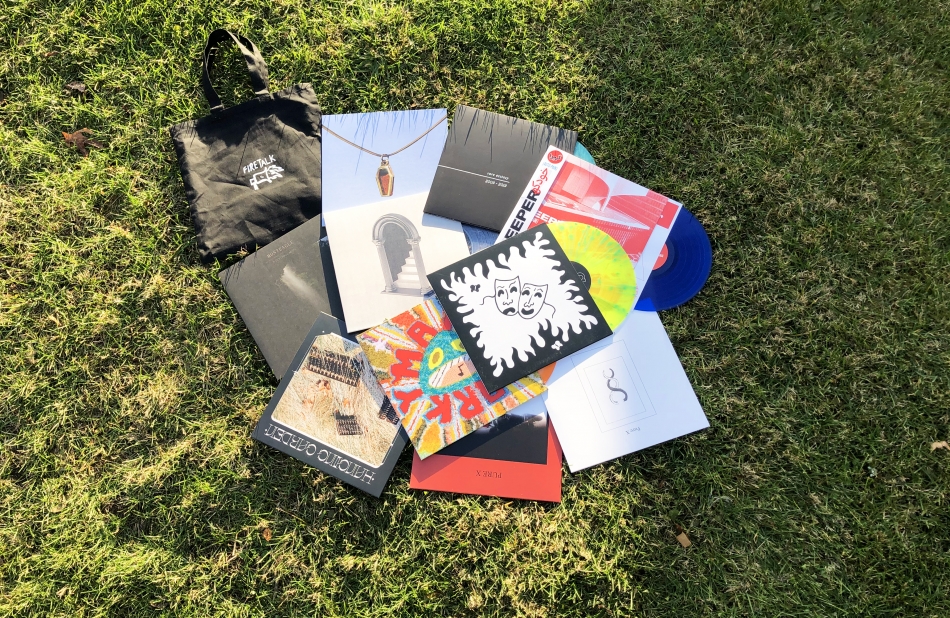 Taking meticulous, exceptional care in crafting and curating a roster while ensuring the endurance of their business is an aspiration all record labels aim to achieve. Based in Brooklyn, Fire Talk Records near 12 year longevity has released a simultaneously cohesive and creative ethos of albums ranging from the likes of Patio’s stripped down post punk, Media Jeweler’s electronic and dynamic guitar riffs, and Dehd’s expansive sound and lyrical sincerity.

Fire Talk’s founder Trevor Peterson juggled life as a musician in his band Woodsman along with the initiation of his label back in 2009 as an outside vessel from playing live music, eventually going on to press his friends’ 12” vinyl and singles until he committed to taking his label to the next level. “I think it was that moment in 2016 where I was like, ‘okay, if this is going to be more than a side project, I need to get serious’,” he states. “That’s when I created a five year plan and started thinking about it more from a business perspective […] that was about the time I actively started learning about the music business.” From immersing himself in Brooklyn label’s Mexican Summer’s office, attending conferences and meetings, and Fire Talk joining A2IM, a trade organization that aids in supporting independent music, a plethora of knowledge and experience fueled Peterson’s drive to navigate and overcome obstacles related to running his record label full-time. “I’m a big experience learner”, he says. “Going through something, failing, learning from mistakes has been the most valuable way of learning.”

Releasing not only vinyl but apparel, cassette tapes and bundled merchandise packages as well as working with artists outside of Brooklyn and fostering an intimate relationship with his musicians for continual album releases has led Peterson to delve into a myriad ways of expanding his label and keeping streams of revenue open. “You learn something on every campaign that you apply to the next; develop[ing] spreadsheets and marketing plans that maybe don’t make sense when you’re starting a label, but by the time you’re twelve years in, you’ve got a blueprint that you can apply”, Peterson prompts. “Every record has its own creative nuances and you tailor those things to the artist you’re working with, but I think if you have a plan and strategy at the onset it makes things a lot clearer. If you set goals you can reach goals, you know?” he laughs.

Peterson’s combined involvement as a musician and label owner lends him a rare and insightful perspective concerning solutions that may crop up in his business as well as what matters the most to his artists in terms of the knowledge and steps for what it takes to make a record, having contacts to engineers and music industry professionals, ultimately providing a valuable foundation for starting his label. “Fire Talk will always be the most artist friendly as we can be”, he asserts.

When COVID-19 hit at the start of 2020, acts from the label were already in the midst of their tours and preparing to arrive in Austin, TX for their first official showcase at SXSW. Instead of scrapping their plans entirely, the team had to re-assess their plans for how to release their records. Some timelines were swapped, such as Pure X’s reissues and records containing rarities and B-sides that were closer to completion than other records and were released earlier than anticipated. “We released as many records as we were planning on releasing at the end of the day”, highlights Peterson. While there’s no denying that a lack of touring and retail having to temporary shut down had an impact on record sales, record labels maintained the ability to still promote and sell music through online and virtual channels. “It was really interesting to see how music fans responded”, says Peterson. “I think for the labels, this was a really good example of the power of fans. Fans turn to platforms like Bandcamp and the messaging got out there that it’s important to support the arts and artists. The more direct you can go, the less friction there is between the fans and the artists. While we’re all clinging onto hope that 2021 will see the return of live music and in-person interactions, the upcoming year looks to serve as an exciting culmination of dedicated vision for the roster. With ten albums to be released and several new artists signed, Fire Talk Records is an exemplary model of how to traverse unaccounted for obstacles and maintaining an authentic creative spirit within its steadfast unity.