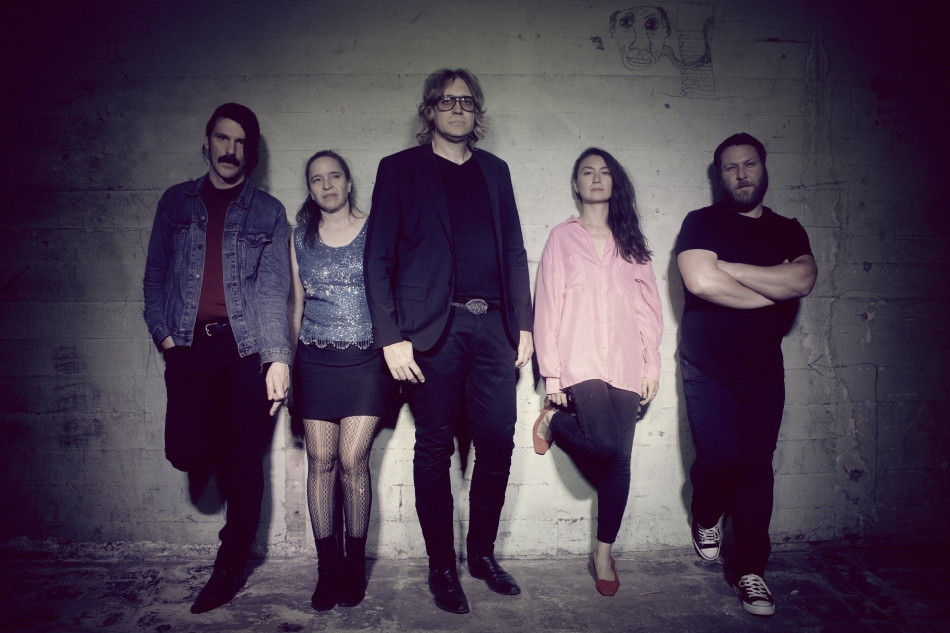 Embarking through momentous shifts and changes since their last record in 2016, Montreal's The Besnard Lakes lay the groundwork for intentional and ethereal soundscapes in their latest album, The Besnard Lakes are The Last of the Great Thunderstorm Warnings. Released via Fat Cat Records, the band resurrected and reinvented older demos and ignited the deep seated experiences of death and loss that pervade their nine tracks, fusing together for a 72 minute listening experience that absolutely resonates during our current times.

What was the transition like from Jagjaguwar to Fat Cat Records? Did it take some time to find a new U.S. label?

Olga Goreas: It took awhile to find a new label, but that was mostly because we were not actively searching until we had completed the new album.  Once we started sending it around we were pleasantly surprised that labels started to show interest pretty quickly. We weren’t sure how appealing a band whose young and hot days were behind them would be! It was a nice feeling to see that labels still cared about us.


How has the climate of COVID affected your day-to-day life in Montreal? Were there more ventures out to Besnard Lake or to more scenic areas?

O.G.: This was the first in 20 years that Jace and I didn’t go out to Besnard Lake for our yearly retreat. In hindsight, we feel like we could have safely made the trip but how were we supposed to know then?  Things were so screwed up with travel and we just didn’t want to take any chances.  We did end up spending time a little closer by at a friend’s cottage which we nicknamed our Besnard surrogate. We actually live about an hour away from Montreal so we were already in a decent situation.  We landscaped the heck out of our backyard and put a small above-ground pool on it!  So we had ourselves a good stay-cation.

... The Last of the Great Thunderstorm Warnings can be experienced as one singular track; how has the process of recording and establishing an album or track lengths affected how you consume music and art?

O.G.: Jace and I have always been album-oriented people; we want to experience an artist’s work as a whole rather than separate pieces. Jace is also an accomplished photographer, and I think it’s pretty commonplace that when a photographer does a show it would revolve around a certain theme. It is the curators who put different artist’s pieces together for a show; I guess now that is the equivalent of a person putting together a playlist. But yeah, I definitely prefer listening to an entire album. That’s how I developed my love for music.


Can you tell me a little more about incorporating the themes of Near Death / Death / After Death / Life into your record? How has your experience and reflection of death permeated throughout the album?

Jace Lasek: I had a couple big moments in my life over the last few years that made me face the idea of death. My father died about a year ago, and watching him deteriorate (cancer) was a really surreal and difficult experience. Also, my musical hero, Prince died. My dad was always playing music in the house, he was a big influence on my love of vocal bands like The Beach Boys. When I was kid, and I first saw that Prince did everything on his records, it made me realize that I could too. I thought a lot about these moments while making this record. Oggy and I both lamented the loss of Mark Hollis, which Oggy sings about on "Raindrops". As we were nearing the completion of the album we realized that there was a lot of contemplation of death on this album, and that the flow of the sequence was a journey through death, and a passing over to the other end, whatever that may be, if anything.

Is your photography work something you fuse into your band and music? If not, how do you balance that separation?

J.L.: I couldn’t balance it for a long time. Back when I first moved to Montreal I basically had to make a choice - buy film or buy guitar pedals. I’m just now starting to get back into taking photos again. I really miss it, and I’m pretty out-of-the-loop with regard to photo technology. I shot a lot of 4x5 in the past, and recently shot some more, but the last time I had film processed it was only on contact sheets, so I wasn’t even sure what to ask for at the lab (laughs).


What plans do you have for your livestreams for the first Fridays in the upcoming months?

J.L.: We are treating the livestreams like concerts, so we have our standard fare being showcased for each show: lasers, strobes and fog. The first show will showcase the new album, the second will be more a retrospective, and the third will be a combo of the two.

You can preorder ... The Last of the Great Thunderstorm Warnings ahead of its January 29th release date here. You can also purchase tickets for their Febuary 5th, March 6th, April 3rd livestreams or save on a bundle for all three dates here.