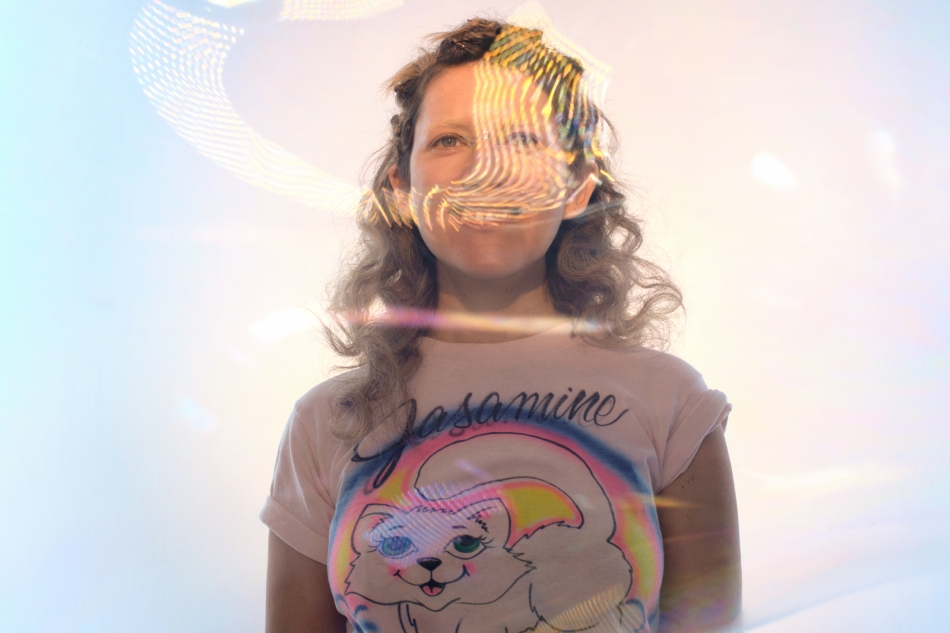 Developing from a four piece shoegaze/rock band into a wildly electronic experimental act in the span of a decade, Montreal songwriter and performer Jasamine White-Gluz (going under the moniker No Joy) leaves no stone unturned when it comes to her layered musical undertakings. With a five year hiatus between More Faithful and her upcoming album, Motherhood, White-Gluz’s eleven track record started from scrappy demos into a fully fledged and textured work that delves into the realms of trance and trip-hop. Working with Jorge Elbrecht (of Ariel Pink, Japanese Breakfast) since 2012 has led to multiple collaborative productions and instrumentations which lends itself an expansive effect to White-Gluz’s imaginative sound on Motherhood. In traversing the electronic side of her project, she’s been able to re-imagine the scope of her live performances while simultaneously feeling more in her comfort-zone onstage.

Despite the record being mixed for over a year, she comments on the ever evolving changes that have taken place within the music industry as well as a result of COVID-19. “ I think we finished mixing in early spring of 2019 and it seems funny now, but I didn’t know what the music industry was going to be like”, she laughs. “From the last time I put out a full record in 2015 until now, [the music industry] has changed so tremendously that I was having trouble navigating how to put out how a record and how to tour, so I spent a lot of last year figuring out how to release it.” In terms of streaming services, Spotify had felt less of a looming and all-encompassing presence and with her current use of a Blackberry phone and 160GB iPod, technology feels to be progressing at an ever more rapid rate. “I feel like now you just have to have content all the time. I didn’t even have a phone that could get Instagram in 2015,” she laughs. “Now it’s changed so much that you’re just always marketing on the artist side.” Alternately, the ever increasing use of social media has aided White-Gluz in connecting with her fanbase and helped fill the time that otherwise would have been used to venture out to venues and live shows. “Communicating with listeners and discovering new bands has been really helpful, especially during a pandemic where I can’t just go to a venue and see an opening band I’ve never heard of. It’s definitely filled that void which is something I used to do quite a bit”, she remarks. “It makes you feel like the world is a little bit smaller because you can keep in touch with people easier.”

White-Gluz has also tried her hand at online live-streaming shows, recognizing the challenges of not wanting to create the same thing twice for viewers and how to make her virtual performances engaging. The element of sound plays a major role in No Joy, its myriad of volumes and textures is not something that can easily be stripped down to an acoustic version. From the intense vocal ranges in “Dream Rats” (featuring her sister and Arch Enemy vocalist Alissa White-Gluz), danceable synths in “Birthmark” and tripped out beats culminating in cacophonous guitar in “Four”, Motherhood unfolds layers of necessary arrangements to form a cohesive whole. No Joy’s latest music release for “Four” centers around indigenous makeup artist Ashley Diabo who has worked for Dazed Magazine and SSENSE. Praising Diabo’s knack for creativity, White-Gluz cites “we felt she deserved attention because not only is she an incredible person, she’s also an incredible artist. I don’t even know how she comes up with these ideas!”, as she centers around inspiration revolving around Diabo's home and family. Aptly titled, Motherhood is a nuanced exploration of understanding the effect that time has on one's body, normalizing aging (especially within the music industry) as well as bringing to light themes of mother figures in her genre-bending recording.

You can pre-order Motherhood ahead of its release on August 21st via Joyful Noise Recordings and Hand Drawn Dracula here.