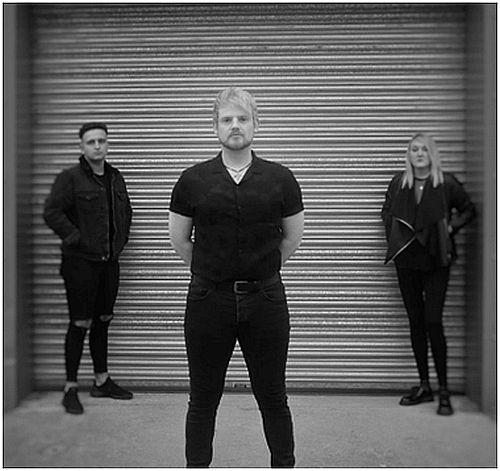 Primes play good old-fashioned rock ‘n’ roll with a catchy, modern pop kick. They’ve been around the block in a short amount of time, performing at Glasgow’s legendary venue King Tuts in 2018, touring the U.K., and working the music fest circuit, including Vibration Festival, ButeFest, Gig In The Goil, and Party At the Palace.

The anthemic and dynamic “Nine Lives”, which was recorded by Mark Morrow in Edinburgh, marks the band’s territory as a stadium act. They’ve been compared to the likes of Kings of Leon, Foo Fighters, and Bify Clyro and meld three-tiered harmonies with dirty rock riffs and undeniable energy.

Rebel Noise had the good fortune of touching base with the band and we dug into “Nine Lives” in detail.

Hello! It’s so good to have the opportunity to find out more about you and your new single. What are the main themes running through “Nine Lives”?

Living life for the moment, but regretting it later. Aspiring for better, but having the constant reality check of the everyday. Running out of time to realize your ambitions in life. Feeling like you can’t relate to people. Making mistakes and not learning from them.

Did any event in particular inspire you to write this song?

Waking up from a night out and having a sense of dread; the fear. Checking my phone [only] to realize that I’d done things I wouldn’t normally do. Wishing I could be somewhere else, but knowing I had to face everyone and the reality of my actions. “Nine Lives” is in relation to making the same mistakes and never learning from them. Eventually there won’t be another chance.

What was the experience like of shooting the video for “Nine Lives”?

We’ve been a band for just over a year. We have been documenting our journey, our ‘lives’ as we progress as a band and as people. We’ve decided to use this footage to show people this progress and our personality. We wanted to showcase us and this video really digs deep into who we are. It’s a taste of our journey so far and the potential for what’s to come. It was an amazing experience.

If this is a single release or is “Nine Lives” part of an upcoming EP or album?

This is a [stand-alone] single.

We always have the best experience recording and writing. We always write our music together and this song was no different. We all add to the song-writing process and usually develop the final piece in the studio. Ollie wrote the lyrics to this song after we’d jammed it as a band for a few weeks. We think that’s worked well as it’s created an upbeat song, but with real melancholy lyrics which set a slightly darker overtone.

What are your plans for touring?

We’re always on the go with lots on at the moment. We’ve got several festivals over the summer with our first steps into England coming in late 2019. We had our Scottish Tour back in early 2019 and had an absolute ball. Some of the tour is in our video for this single.

What else is happening next in your world?

We’ve got plans for another three singles this year.